Will Failla: The Monster Masher

Will Failla: The Monster Masher Audio

Lee Davy sits down with Will ‘The Thrill’ Failla to talk about his sponsorship deal with Monster, his relationship with his son and much more. 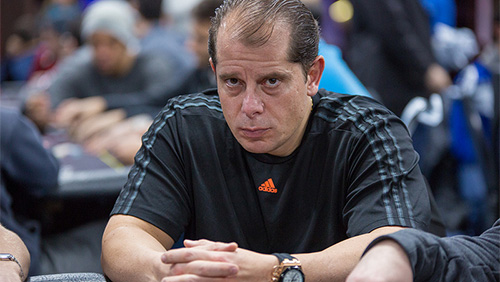 The live tournament scene is becoming a ghost town.

You can see people. They are definitely there you just can’t hear anything. There is more tumbleweed inside the vast rooms of the Rio than outside in the desert.

A man who eats Tumbleweed for breakfast.

“I have had a great WSOP so far,” says Failla as I grab hold of him during a break in the Monster Stack, “I am 4/12 in terms of cashes, and despite not making any serious money I am ahead by about $20k for the trip.”

Sponsorship deals are like rocking horse shit, so how did the man known as ‘The Thrill’ manage to bag a deal with Monster?

“A lot of guys don’t got that. They aint into exploiting themselves the way you need to sometimes. I am a little bit of an outlandish personality, it was something they were looking for, it works well, and touch wood let’s hope it lasts for a long time.

“It’s a great experience being the Monster Masher. I have a bounty on my head every day where you can win a $300 DNA Pro Headset. It’s really great quality. I love the opportunity Monster have given me to represent the company at the WSOP.”

Did Failla recognize the importance of becoming a character, early on in his career, or do we just get what we see with him?

“I wear it on my shirt as they say. I brought in what I bring out in the street. I am who I am. I am not afraid of too many things in this world, and I bring it to the table. I do it as more of a skit these days because I have become somewhat of a celebrity poker player and so I do it for the fun of it. I just love making people laugh.”

So what is Failla doing when he is not being the Monster Masher?

“I am playing with my family. I just want to have fun everyday. I play with my son, my future stepdaughter and my girlfriend.”

How old is Failla’s son?

Just about to reach puberty. Is Failla looking forward to that?

“Yeah, I love it! {Laughs} I have loved everything about this kid since the day he was born. He’s amazing, his aura, he is someone that I envy. I just enjoy every day with him.”

So what type of father is Failla?

“I am the ultimate Dad on this planet. I go out of my way to dedicate my life to him. I didn’t have to fly home on fathers day weekend, but as it’s the only time in my life where I get to celebrate this time with my son, I flew home, missed several tournaments, but it didn’t even phase me – I love being with him.”

Is he going to be a future Monster Masher?

“I am trying to keep him out of it. I don’t mind him playing for fun, but I don’t want him to do it professionally – it’s too much of a grind.

“I do a lot of charity tournaments on Long Island. The last event I did they asked to put me into a tournament, but I asked them to put my son in also. There were 78 players and my son check-raised me three times, and smoked me every time. I had never seen him play a tourney in my life. I go out 8th and he goes out 5th and I didn’t hand him one chip.”

Failla doesn’t strike me as the type of father that would let his son win. As much as he loves his kid I guess he still wanted to mash him.

“I wanted to own him, and instead, he owned his father. He was a beast. He was unbelievable and was so proud of himself.”

It sounds like he is a chip off the old block.