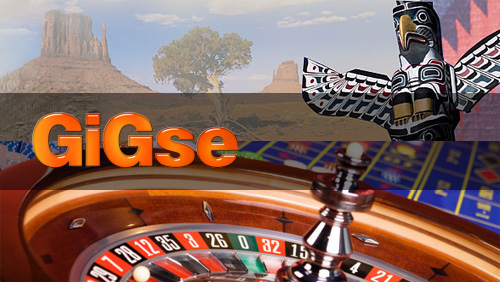 As an American who grew up less than two hours drive from Foxwoods and Mohegan Sun, I had no idea how critical Tribal Gaming was to the American gambling economy.  In my sheltered mind, gambling in America consisted of the two aforementioned casinos in Connecticut and the Las Vegas strip.  Naturally my eyes have been opened since my time working in the online gambling industry but not until more recently now that the tribes are taking a front seat atmajor online gambling industry conferences such as GiGse.

A good friend of mine, Melissa Blau of iGaming Capital, advises several Tribes on how to develop their online gaming strategy.  In this capacity, she keeps very close tabs on Tribal gaming in America and who the big players are.

“Tribal gaming is a critical component of the United States gaming landscape,” she said to me.  “There are approximately 460 tribal casinos in the US, generating revenue close to $30 billion. This is equivalent to the size of the commercial casinos with 450 commercial casinos located across the country also generating $30 billion.  For two decades, growth of gaming on Tribalshasoutstripped commercials. It was only in the past year or so that commercial gaming growth rates have caught up to tribal gaming,” said Blau.

I was shocked when I learned how many tribal casinos there are in America and that they generate close to half the total gambling related revenue in the US.  Now that the Tribal and commercial gambling worlds are coming together at events dedicated to the gambling industry both online and off, the divide between the two is becoming less and less defined.

“It used to be that Tribal and commercial gaming co-existed in parallel worlds with each having their own set of suppliers for the most part. This has also changed.  While there certainly exists game suppliers focused on Tribal gaming, there is an increasing blur between the two,” explainedBlau.

The crossover of suppliers from commercial to Tribal and vice versa becomes more and more obvious when we attend conferences such as the upcoming GiGse, an event where such deals are done.An example of a non-tribal supplier working with a Tribal gaming company is the GameAccount Network deal with Foxwoods to launch Foxplay.

“GiGse is an event that is targeting the whole spectrum of the industry and I think Tribes have been attending in large numbers because they can prepare to compete in iGaming with other stakeholders who are likely to be licensed,” Clarion’s EwaBakunshared with me.

Something else I’ve noticed is rather than having Tribal specific sessions as we have had in the past, representatives from the Tribes are now participating in sessions covering the big issues all gambling companies are facing today.  An example of one of these sessions is the talk on regulation in California to be hosted at GiGse.

“Tribes have always attended GiGse in big numbers and we expect a big contingent again, in particular from California, as that’s the state with a heavy tribal involvement and with a highly anticipated regulation,”saidBakun. “The two most important California tribes, Pechanga and Morongo, divided on the issue of internet poker and ‘bad actor’ clause will sit on the California political debate.”

Another example of one of these sessions is the Negotiating Your Partnership workshop, featuring Blau, Pechanga Indian Reservation’s Steve Bodmer, Trump Entertainment’s Don Karrer and Supernal’s Sabin Brooks.

However, as the Tribal and commercial interests continue to merge, there is still a need for the Tribes to collaborate independently as they understand each other’s history and they uniquely have sovereign rights unlike any other gaming companies in America.

“[For GiGse] we decided to organise instead tribal breakfast and a tribal lunch – where tribes will be able to discuss their move into iGaming in a more informal and off the record format,” explained Bakun”.

Its clear that the Tribes’ position in the America gambling market is a very important one and that they are making the right deals with the right people to take advantage of opportunities online.  GiGse 2014 is presenting itself as a great opportunity to talk with Tribal companies and for Tribes to network and learn best practices from each other.

Sunday, July 13: Take atour through the casino floor and back offices of the newly opened Graton Resort & Casino, run by Federated Indians of the Graton Rancheria and Station Casinos. The tour will be hosted by the Chairman of the Tribe, Greg Sarris.
4:30–8pm

Monday, July 14: Workshop- Negotiating your Partnership:Discussing issues such as setting objectives for partnership, understanding options between US and EU suppliers, determining if your partner is suitable, who owns customer data and factoring future independence into your contract.

Tuesday, July 15:Hosted Tribal iGaming breakfast (by invitation only): Open to tribal gaming representatives, this breakfast will provide an opportunity to discuss how Tribes can prepare to launch internet gambling.

Tuesday, July 15:Tribal iGaming lunch (by invitation only): Hosted by Victor Rocha, Owner and Editor, Pechanga.net and Joseph Colebut, Chairman, Foxwoods Development Company, this is an opportunity to get an update on the progress for iGaming in the Indian Country and discuss key challenges that many tribes still face in their adoption of online gambling.

Wednesday, July 16:California- clarifying the last divisions before the consensus is reached among the key stakeholders.  This panel featuring representation from The Pechanga Band of Luiseno Mission Indians, The Morongo Band of Mission Indians and The Bicycle Club will outline the remaining disagreements regarding the details of regulation, how to gain a consensus among stakeholders and lessons that can be learned from New Jersey and other states.