Home / Business / NagaCorp Moving to Russia: It is the Anti-Macau Play 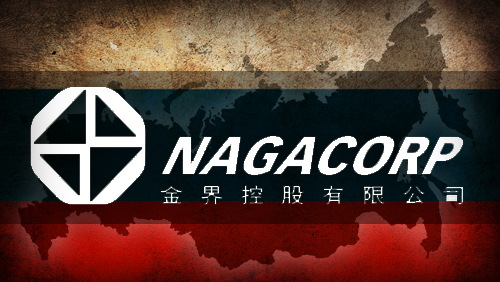 We’ve seen this movie before. Housing goes up, housing goes down, mortgages get defaulted, banks crumble and financial crisis and depression. For months now, I’ve been sounding the Macau warning; and today, we have received major evidence that makes me confident enough to sketch out a general timeframe. We are now one to two years away from the Big Fall of China.

Laura He writes from from Hong Kong at Marketwatch:

Amid ongoing central government curbs, China’s property market is cooling off dramatically despite the onset of the sector’s traditionally hot season, as both land sales and transaction values plunged in May across 300 major Chinese cities.

China is past the peak in housing prices. It is clearly in the housing goes down phase of the central bank-induced business cycle, and if that is indeed accelerating, the positive feedback loop may have already begun. For the US, the housing peak was a hit in early 2006. It took about two and a half years for that to bleed through into the banking sector and result in sudden and widespread systemic crisis.

Now let’s switch gears for a moment and move to Russia. In late May, Russia inked a $400B-gas deal with China. The devil is in the details though, because the deal was not denominated in dollars. In fact, that was the whole point, as Russia wanted to sidestep the dollar. The deal was inked in RMB in exchange for gas.

And what happens to currencies when a country goes through a depression? Deflation, as all the money printed up to buoy housing prices disappears in an avalanche of mortgage defaults all backed by fractional reserve lending. With a contracted money supply, the value of currency rises, and when this happens in China, Russia will get all the benefits as the RMB it just bought in exchange for its gas goes up in value, money which is then used to buy Chinese products, raising the standard of living of the average Russian at a discount.

Certainly, a rise in the Russian standard of living will not be due solely to some gas deal, no matter how large. The deal is only illustrative of Russia achieving economic independence, which should translate into more trade deals as we move forward.

In the gambling world, as Macau deflates, Primorye in Russia will rise. Primorye is a brand new gambling zone carved out officially by Russia in 2009. The first casino was built there only in 2012. Aside from its being in its proverbial diapers, Primorye has other attractions for investment. Its highest tax bracket, for example, is a whopping 7 percent. In Macau, it’s 40 percent; Russia certainly has come a long way since being a totalitarian communist dictatorship with no market.

There are number of ways to invest in Primorye, the easiest being buying a company moving there. The problem is if you’re trying to play Primorye as the flipside of Macau, many of the companies investing in Primorye are Macau’s big shots seeking to ferry Macau customers over to Primorye as a sort of Macau II. For example, Melco Crown is moving there, at least indirectly. Melco’s chairman Lawrence Ho Yau Lung is also the controlling interest of Summit Ascent, which is sinking $700M into Primorye. (Goldman Sachs just gave a buy rating to Summit Ascent. A little late guys? Trying to unload some stock maybe? Where was your buy rating last year?)

Of course, investing in Russia is a good move for Melco, overall, but if you are indeed playing Russia as the mirror image of Macau, then NagaCorp is your company, but not yet.

First, a concession statement on NagaCorp, this little Cambodian casino is in the same boat as all companies operating in the midst of a mad central bank. In Cambodia’s case though it is much worse.

This chart is just totally out of control. Even the official inflation rate (and those are usually understated) in Cambodia has jumped dramatically since 2013 and is nearing 5 percent. Inflation hit a high of over 35 percent in 2008 just before the crash. So monetarily, NagaCorp is not my cup of tea. But it has shown that it knows how to operate a casino with phenomenal earnings growth, and it has no direct exposure to Macau. So what does that matter if Cambodia is in the same situation?

Because expanding to Russia could open a new chapter for Nagacorp that could see it grow substantially as Primorye grows. With corporate income taxes so low there, it will. There is some time yet though. NagaCorp Chairman Tim McNally estimates 2018 as a realistic target date, so there is no rush to establish long positions tomorrow morning.

The time to buy Nagacorp, at the latest and assuming Cambodia doesn’t go first, will be after China becomes a full blown crisis sometime in 2015/2016. Cambodia will certainly go through some major problems by then as well considering its own ludicrous monetary policy and NagaCorp will suffer just as it did in 2008/2009 as its stock price plummeted 75%. Nevertheless, as both Macau and NagaCorp find bottoms, NagaCorp will be in Primorye with exciting growth prospects. The way back up will be much swifter and stronger for a company like NagaCorp. It will be in a new, fledgling virgin area of a country coming into its own economically, where government has not had a chance to mess up the gambling industry with astronomical taxes and regulation. Macau will recover as well eventually, but it will take years to climb back up and will require government to step back, which is very hard.