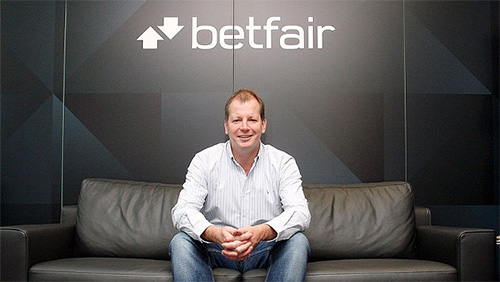 Betfair founder, and majority shareholder, Ed Wray, has invested in the private healthcare comparison site FindMeHealth.com, a month before he is due to take center stage at the Accelerate Conference in Liverpool.

The Betfair founder, and former Chairman, Ed Wray, has invested a portion of his £100m fortune in the private healthcare website FindMeHealth.com.

The website is a one-stop shop for people looking for the very best healthcare in the UK, with 4,000 of the 5,000 practicing surgeons, offering up their details to the search engine.

“FindMeHealth can help put consumers back in control and to make better choices,” Wray told The Express Online.

Wray left the bridge of the starship Betfair, back in 2012, after a quarter of the betting exchange’s shareholder’s refuse to back him as Chairman in 2011. He remains the largest shareholder with an 11.1% stake that saw him feature in 774th place in the UK Times Rich List recently.

Another of Wray’s investments is Funding Circle. An online loan marketplace that connects small businesses with investors, and Wray will be speaking at the upcoming Accelerator Conference in London; an international festival for business starring Karren Brady, Wayne Hemingway and Michelle Mone.

Wray recently told the Telegraph’s James Quinn, that his Betfair team were not ready for their 2010 IPO when he stated, ““When you’re a private company you make tons of mistakes and things go wrong and you just absorb that. In a public setting, all this stuff is played out very visibly, and we didn’t have enough people who had been through that and were skilled enough to know how to handle it.”

One assumes he has learned quite a lot since his Betfair IPO experience. and if you want to hear Wray talk about his fondness of entrepreneurship then the Accelerate Conference will be held 24-27 at the Arena & Convention Centre in Liverpool.