Asia is the key to Genting’s Growth, not the US

Genting is a healthy company acting a bit confused but getting lucky. When they try to expand to a place that is unstable in the macro sense, like the US, they get pushback. Yet in the healthiest markets with the best long term potential like Singapore, they’re doing fine.

Let’s start with two charts. The first is the Singapore dollar supply since 2004 versus the US dollar supply.

The chart shows you how much inflation (not necessarily price inflation, but actual money supply inflation) there has been since January 2004 for the Singapore dollar and the US dollar. Both have roughly the same rate of growth, M2 having more than doubled over the past 10 years for both currencies. Nevertheless, look at this chart: 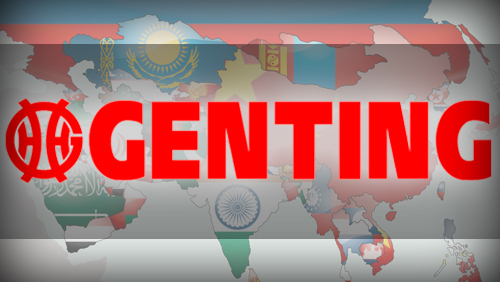 Simple. Singapore produces more stuff per currency unitthan the US does. Currency is only as strong as the stuff you can buy with it, and Singapore makes more of that. How did that happen? Well, in Singapore there is no minimum wage, allowing labor markets to actually clear, so unemployment is only transient and low, 2.1% as of the latest numbers. Taxes are much lower too. Singapore has a 17% corporate income tax rate. In the US it’s nearly double that at 35% for a company the size of Genting.

What else is wrong with expanding in the US? Modern macroeconomists have this refrain about the US economy. They say that “70% of the US economy is consumer spending.”If you let your mind percolate around that statement for a minute you may begin to realize that it doesn’t make any sense. 70% of what? How do you measure “an ecomony”? The answer the macroeconomists at the Fed give is “GDP”. You count the number of dollars that have changed hands in the country and that number is “the economy”. But if 70% of the dollars exchanged in “the economy” are spent on consuming stuff and only 30% on producing stuff, pretty soon you’re going to run out of stuff to consume and your “economy” isn’t going to look so good.

In the starkest terms, the productive US economy is shrinking, not growing. Couple that with a growing dollar supply, a potentially rising minimum wage, unending unemployment benefits and some really crazy new tax proposals such as taxing paper gainson investment accounts even before the sale of securities, expanding one’s presense in the US is not the safest thing.

Genting doesn’t seem to understand this so well and they are actively expanding their US presense, but not without pushback that will save them some trouble later. For one, a plan to open a huge 14-acre resort in Miami was curtailed back in March due to problems with local laws. And though Genting has pledged $3B for its Las Vegas projects, it hasn’t ignored its home turf in Singapore/Malaysia or promising places like South Korea. It is also making a bid for a 238-acre resort in upstate New York but the issue is not resolved yet.

Clearly Genting is looking to get bigger, and it can afford to. Debt to equity is less than 10%, they have plenty of cash, and in the short to mid-term, cash flow would certainly grow from an expanded presence in Las Vegas, New York, Miami, or any one of the three. But any systemic shock with too much exposure to the shrinking real economy that is the US will be very costly.

In such a case, the gaming companies with the strongest presence in the free economies in Asia (excluding Macau, as I’ve covered before) will be the survivers with the most capital intact. Genting is certainly one of those.

A quick look at Genting’s Singapore statements relative to the Group as a whole shows you what’s going on here. Revenues from Singapore operations were up 154% in 2013 year over year (page 36 at link). For Genting Group, they were down 3.5%.

The fact that Genting warned its shareholders of a possible slowdown due to the strengthening Singapore dollar, when that is the very reason business would speed up just shows the incredible pervasiveness of fallacious economic theories globally. A strengthening currency may show shrinking numbers on paper temporarily, but that is more than compensated by the increase in purchasing power accompanied with it. A strengthening currency can only be good for business overall. It makes people richer so they can gamble at your casinos more.

Considered from the other side of the divide, a falling US dollar will be accompanied by paper gains on reported income, but when translated back to Singapore dollars, much of that will be lost in foreign exchange. Better to stay focused on the strong markets with the strong currencies where people are actually producing things instead of just consuming them, giving that consumption a greasy academic name like “GDP” and calling that “the economy”.

All in all, Genting’s upper management is making both good and bad moves without really knowing which is which or why, but the good outweighs the bad here. They don’t understand that now is the time to wait on US expansion plans and concentrate specifically on the countries with the strongest currencies. That’s where the future is. The time to put money down in the US will be after the printing stops, when capital will be much cheaper.