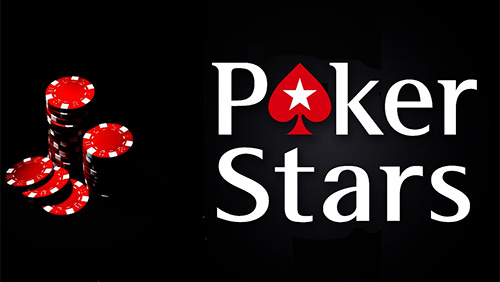 Much to the dismay of Sheldon Adelson’s blood pressure, plans to legalize online gaming in California are in full swing with two poker bills currently in the hands of the California legislature. It’s become a little known secret that the Golden State is shaping up to enter the growing online gaming market in America and while a lot of prospective operators are salivating to get a piece of the action, one prominent poker site is crying foul over what it deemed as a “misrepresentation” of its past.

PokerStars is angling to enter the California market should online gaming becomes legal in the state. But its intentions are being met with widespread opposition by the state’s Indian tribes, a lot of whom are keen to gang up to prevent Stars from entering the prospective market. That point was made emphatically clear when over a dozen tribes released a statement last week, blasting PokerStars’ attempt to partner with at least one California tribe.

“Recent news reports indicate that online poker operator, PokerStars, is in partnership negotiations with the [Morongo Indian tribe] and two or more card clubs to offer online poker in California,” the statement said.

“Although we presently have slightly differing views on a legislative framework for Intrastate Internet Poker in California, our tribal governments are united in our steadfast opposition to the easing of regulatory standards that would accommodate bad actors whose past behavior and tainted brands and assets would erode the integrity of Intrastate Internet poker under consideration,”

Notwithstanding the belief that Hollywood is already full of bad actors of the literal variety, the state’s Indian tribes are dead set on not adding one more to that. The two bills that are currently in the oven – SB 1366 and AB 2291– have different languages contained within their respective bills. But one thing that both agree on is the inclusion of a “bad actor” clause that essentially prevents companies that had a US market after the Unlawful Internet Gaming Enforcement Act (UIGEA) was passed in 2006.

But don’t look now, because PokerStars isn’t going to let its company get stomped on the ground without a response. That’s exactly what the company did last Friday when Eric Hollreiser, the company’s head of corporate communications, released a statement, essentially building itself up as a company that has an impeccable reputation.

“PokerStars shares the belief that a future licensing framework for online poker in California should be based upon the highest standards of suitability that maximize consumer protection and consumer choice,” PokerStars said. “We have consistently met those standards in jurisdictions around the world, where we hold 11 licenses – more than any other company, including licenses in leading European jurisdictions such as Italy, France and Spain.”

While nobody can dispute Stars’ resume, if any of these bills are passed on that “bad actor” clause is iron-clad, it’s going to be difficult for the company to find a back door in to California. It’s still possible; it just won’t be any easier than it is now.