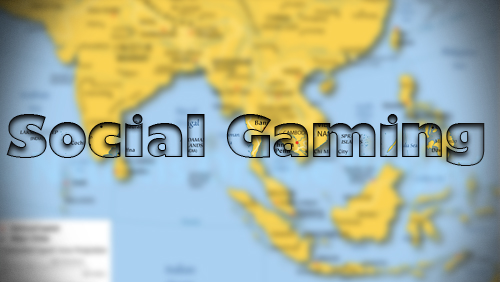 A few weeks ago I wrote about the reasons why Western social casino companies may want to reconsider targeting Asia.  On the other hand, this week I’d like to examine the social gaming opportunities that are available for companies interested in Asia….and let me tell you, they are golden opportunities.

Before diving into the details, the first thing to know is that if you’re going for Asia, you’ve got to give it 150%, otherwise you will likely fail.  It’s a high risk, high return situation for companies that are not native to the area so my best piece of advice would be to do your research and prepare to get your hands dirty.

By no means am I an expert on the social gaming market in Asia, so I’ve called upon one of my favorite interviewees and experts, Vicenç Marti of Akamon, to share with us his thoughts on the coveted Asian market when it comes to social gaming.

“Social Gaming in general is huge in Asia, as we all know.  The key word here is social casino, and there, the picture is less clear”, said Marti.  “Finding culturally relevant, gambling themed social mobile casino games for the Asian market that have a successful profitability track record has proven elusive, except for a few slot titles and in certain Asia markets”.

For companies who want a piece of Asia, the sweet spot for social gaming is something that we have not yet discovered, hence a goldmine for the company thatnails it.

“Slots is the immediate opportunity, as well as some other niches, but there are growing markets such as Majong and Backgammon”, said Marti.  “A true ‘category killer’ that defines the category the same way Double Down and Playtika defined social casino in the US market is still to be named in Asia, which, incidentally, is a huge opportunity and this is why some of us are looking at this market very attentively”.

Now this is where things start to get interesting.  Can you imagine the financial reward for the company who becomes the Double Down or Playtika of China?

Another point to clarify is that the online gambling and social gaming industries are two different things in Asia, similar to how they are in Western markets.  Some real money gaming companies from the West have found success in Asia, but this does not mean that they will necessarily find success in social as well.

“It is still hard for a lot of people in the RMG industry to comprehend that Social Casino is a phenomenal business to begin with, even without a hard to define convergence”, said Marti. “These are two distinct industries that connect at the content level and perhaps in some layers of the distribution, such as Facebook.  That is it, in our view, in terms of convergence, and we are fine with it”.

What is the same between real money gambling and social gaming in Asia is that the operators must adhere to the local tastes and cultures in order to succeed: you need to give the Asians what they actually want, not what you think they want.

“[Social gaming operators] need the skills that are necessary to be able to compete on markets where culturally relevant content and market are a necessity”, said Marti.  “You need to give the huge audiences in Asia games they care about, distributed in the platforms they use and marketed in a way they like”.

And that’s the one statement that any social gaming operator should take to heart as its the absolute truth stated simply.  Social gaming ompanies interested in Asia should also do it quickly as Marti and his team have plans for the region themselves and knowing Marti, he’ll give it that 150%.

“Akamon,after its successful track record in a culturally relevant driven market such as Latin America is, in our humble view, well equipped to do that in Asia, and we are going to eventually give it a try!”