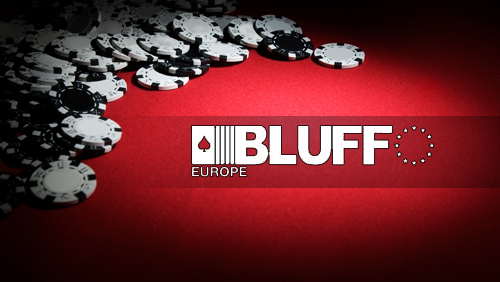 In this weeks confessions of a poker writer Lee Davy talks about his experiences working with BLUFF Europe and offers up some advice on how to capture long-term magazine deals.

So how do you get paid for writing about poker?

If you follow my series you will know that I started out in this business writing for nothing.

I started writing a serial for Poker Pro Europe (PPE) magazine called ‘The Valleys to Vegas’ and then I moved onto one of the most popular online poker sites in the world: ‘The Hendon Mob’.

None of these produced any financial reward to begin with, but that doesn’t mean that I didn’t gain any value. I learned a very important lesson during my transition from Operations Manager in the Rail Industry to poker writer, and it concerned value.

I have been raised to believe that money is a scarce commodity and that only those who are very hard working, very talented or extremely lucky fall into vats full of the stuff.

“Do you think money grows on trees?”

That sentence fell out of my Dad’s mouth more often than ‘get to bed.’

On the railway I connected value to money. I always wanted the best salary, the best bonus and the best pension scheme. And so, initially, when I moved into poker I felt the same way.

To be told that I was not going to receive any money for my work was difficult to accept.

But what was the alternative?

I had a choice to write for free or to not write at all.

I chose to write for free.

Professional poker players realize that the game is one of short-term luck and long-term skill. You have to have vision to make it in this game. You need to be able to see into the future and eye your value.

It’s the same with writing.

When the Editor of PPE agreed to my request to write for them I created a serial based on my own personal life – a story that, as long as I kept it interesting, would run and run and run.

Can you see the importance of creating a serial as opposed to a one off article?

It’s the same when it comes to the movie industry, the music industry and the book industry.

It’s all about longevity.

Writing serials for free gave me the opportunity to learn my craft, to get better at what I did, to create stories that had more depth, to show people that I could write in volume, and more importantly try to do something a little bit different.

So when BLUFF Europe came knocking it was great because it meant that my plan had worked to perfection, and that the idea that you work and then receive a direct cash payment for that service is too one-dimensional.

So now I was being paid for my work, and I will always remember the Editor Phil Conneller apologizing for the rate, and telling me times were hard, whilst I couldn’t wait to put the phone down and tell my ex wife how much money these guys were throwing at me to write an article that would take me between 30-45-mins to write.

It would be unfair of me to tell you what BLUFF Europe paid me because that’s their own private business, but suffice to say, writing for print magazines remains the most profitable way for a poker writer to earn money in todays’ market.

If you want to earn some good money in poker then secure a monthly column in a touchy-feely magazine.

But I still had the same problem when I secured the BLUFF Europe contract. How was I going to produce something that the Editor liked, the readers would love and I could continue to get paid for many years to come?

This is the pitch.

I will write about making pitches in a later episode, for now I will tell you what worked for me during my BLUFF Europe pitch.

I met the Editor face-to-face. This was really important because it gave me a chance to connect to him on a personable level. When I left my meeting with him I left a greater impression on him than an exchange of e-mails ever would.

The first idea I gave him came from my local home game.

If you were to pick up a poker magazine back then all you would read about was strategy, player interviews and news from the World Series of Poker (WSOP), World Poker Tour (WPT) or European Poker Tour (EPT); and yet there was this huge underground game going on in the world. A game that was conveniently being overlooked, that broke all the rules, that was played by people who couldn’t afford to play them, and produced the talent that would go on to rule the world.

So the Ogmore Poker Tour (OPT) was born.

The creation of this serial allowed my writing to be fun, it allowed me to continue writing in a gonzo style that attracted BLUFF Europe to me in the first place, and it allowed me to create characters that readers would feel a connection with.

It was a huge success and you will see my script turned into a television serial one day, I am very confident of that.

For my second pitch I decided to show the Editor that I could diversify. This is another important lesson for any writer. If you are a one trick pony, what do you do when there are other writers who are all doing the same tricks?

Forget the need to zig when everyone is zagging. You need to be able to pick up the zig and use it to batter the zaggers to death leaving only you with a quill in your hand when the time comes for the Editor to choose.

At this time I had developed a relationship with Jared Tendler. Today you know him as the author of the Mental Game of Poker, one of the finest poker books ever written, but back then he was just like me. He was starting his journey and trying to make his impact on the world.

Once again my dealings with Tendler go to show you that the concentration on money as the one true denominator for success is far to one-dimensional an approach.

Tendler needed a cheap and easy marketing strategy, and I needed to stop myself from losing all of my money at the tables through Tilt. So our relationship was born. He would teach me how to control my tilt issues and I would write about the lessons learned in BLUFF Europe magazine.

That’s what you call a win-win situation.

The Editor accepted both of my pitches and I suddenly had enough money to put food on the tables and pay the bills.

This was the most important phase of my writing career. Those two serials didn’t just provide me with a financial reward, but my visibility within the industry started to grow, and most importantly people started to like my work.

I had people coming up to me in my local casino asking me if I was Lee Davy and telling me how much they loved the Ogmore Poker Tour.

But not everyone loved the Ogmore Poker Tour.

And that included some of the cast.