Home / Business / MODQs – How can Online and Offline Marketing mix? 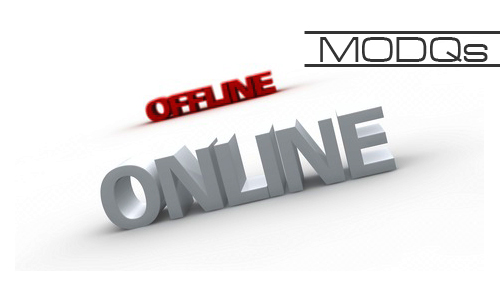 It’s fair to say that the many established land-based gambling companies were slow to get onboard with the online movement. While casino companies in the US have had to wait for regulation, bookmakers and European casinos have found that a strong offline brand is no guarantee of success online.

Despite already being a known entity to potential customers and therefore holding a higher level of trust, a reluctance to push the envelope when it came to products and marketing has left some big brands playing catch up – particularly in the UK.

So while the brand wasn’t the be all and end all that some had hoped it would be, operators with a large land-based presence do still have plenty of advantages to call upon. For one they’re likely to be a bit more stable due to having multiple income streams but one aspect that has been touched on by some companies but not really exploited is the ability to cross-sell customers across both offline and online products.

Rather than simply providing a competition winner with dinner in your casino or showing flashy images of a land-based property, companies with a large offline presence not only have the opportunity to acquire customers that they might not have done but also to up-sell to them.

There have been some examples at attempts to make this work. Ladbrokes were the first to launch a rewards system with their Odds On! Reward Card back in 2008. This card allowed users to earn points by placing bets on the high street as well as depositing and withdrawing funds for online accounts.

It was a start but something that seemed a bit half-baked and few other companies have been able to do any better. So what are the opportunities available to these companies and how much of an impact could they have?

The vast majority of mainstream online gambling operators, regardless of whether they’re pureplay or a mix of online and offline, use a mix of traditional marketing and online marketing. There’s even a consistency in tone with the brand providing a similar message across different channels. But what appears to be missing is the links between these two areas.

Return on investment is obviously a much talked about factor within marketing and working with online and traditional marketing concurrently makes this hard to measure. It’s not always easy to attribute new customers to a specific acquisition channel.

Tracking is key and it’s something that hasn’t always been done as well as you might hope in the iGaming sector. Take affiliate marketing for example, where some operators still aren’t able to effectively track players across mobile and desktop products.

For linking online and offline marketing the main tactic for tracking is with URLs. The likes of Bit.ly are able to provide memorable URLs that can be typed in directly providing the operator with an exact guide as to where the traffic has come from.

Taking this a step further are the likes of QR codes, NFC and Smart Posters. Before you laugh too hard QR codes should be seen as a missed opportunity while NFC is yet to really take off. Providing a land-based customer who had wagered a certain amount on a slot with a QR code that would provide them with an exclusive bonus online could be a great way of buying their loyalty. Similarly, providing someone with perhaps a lesser bonus simply for entering a casino or bookmakers would also encourage online participation.

Another interesting possibility is with augmented reality. Bringing online products into the offline world is certainly an exciting idea although the practicality of it may need to be worked upon.

In the UK the Hippodrome Casino was the first to really make serious statements of intent about using their land-based presence to their advantage. Following their launch in late-2012 chairman Simon Thomas explained his thoughts about merging online and offline activities.

He outlined the fairly obvious and agreeable principle behind why having a land-based presence should benefit the Hippodrome: “We think we’ll be very successful because there are a lot of people that gamble online and there’s plenty that gamble offline.”

“So, there’s a fantastic opportunity to have a land-based casino being the offline clubhouse of an online company and for online people to be able to deposit and withdraw money in a land based casino for their online accounts.”

He even went as far as to explain the level of resources that he was prepared to put into this to make it work.

He added: “We’ll have a dedicated resource to manage the relationships between online and offline. So if you’re having an online tournament which leads to an offline final then you have to ensure that the tournament itself is run properly. Also that if it’s an event led tournament run by the online casino then the interfaces have to match.”

Although you couldn’t say that Thomas and the Hippodrome have delivered on these ambitions quite yet, it’s encouraging to see that these kinds of thoughts are there. With so much competition in regulated iGaming markets operators are going to have to work hard in order to differentiate themselves and for those lucky enough to have the presence that the likes of the Hippodrome does, they’d be mad not to take advantage of it.