Home / Events / Becky’s Affiliated: The growth of the London Affiliate Conference through the years 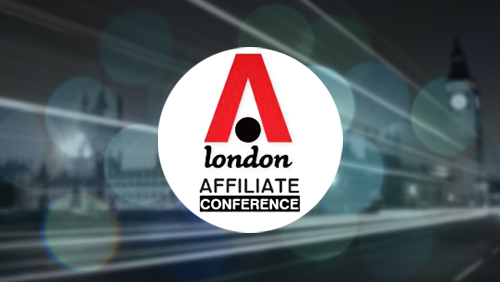 The very first London Affiliate Conference (LAC), back then known as “CAP Euro”, took place in January 2007, just four months after UIGEA was passed.  There are a number of professionals working in the online gambling affiliate industry today who have attended every single LAC since 2007, myself included.  The change and growth of the LAC over the last eight years is exceptional and certainly underscores the resilient nature of our industry as a whole.

Two huge unexpected events that rocked the US market, the passage of UIGEA and Black Friday, forced just about all companies in the online gambling space to very quickly alter their strategy. To identify how UIGEA and Black Friday impacted the growth of LAC and how the event has matured in general over the years, I spoke with online gambling affiliate industry veterans Alex Pratt of iGaming Business, Casino Affiliate Programs, Riyaz Abdulla of Betting Partners, Tom Galanis of GameOn Affiliates and James McMaster of KMi Gaming.

The passage of UIGEA was a true milestone in our industry’s history and its damage to what was then a very US centric affiliate business was a focal point of the first LAC in 2007.

“UIGEA had a huge impact on LAC and was fundamentally the catalyst for the first event’s rapid growth”, said Pratt. “Prior to UIGEA most operators were focused on the North American market, so when UIGEA came in it acted as a wakeup call to most of these operators.  LAC was therefore by pure chance a perfect solution and platform for these operators to reach out to affiliates at a critical time of change in the industry.”

Its true that after UIGEA a number of operators and also affiliates had to start looking beyond the US market and into markets such as Europe and Asia in order to survive.  The LAC was the perfect place to do just that.

“The UK, with its local tongue being (relatively) easy for our American cousins to understand, became the natural hub for the future of global affiliate marketing in iGaming. Seven years on LAC is bigger and more important than ever”, said Galanis.

However, the passage of UIGEA was not all roses and buttercups for the LAC.  Some of the US facing affiliate programs that were traditionally big spenders at conferences had to drastically cut costs to stay afloat, or at worst, shut down their business entirely.

“Many affiliates and operators that served the US market had to step back and rethink their marketing and business strategies, with a good amount who scaled back or closed up shop completely because of their dependencies specifically on their US business”, Abdulla explained.

The DOJ’s move on April 15, 2011, more commonly known as “Black Friday” to the online poker industry, was another unexpected blow to the US online gambling market. Although its impact was a negative change for the online poker industry and therefore the LAC at first, the long-term effects can now actually be perceived as positive for some businesses.

“Black Friday however wasn’t a positive change for LAC at least in the short term as we lost a number of our bigger exhibitors such as Ultimate Bet/Absolute, Bet US, and Full Tilt”, said Pratt.  “However long term I would now in the cold light of day say Black Friday was positive for LAC as it has cleared the way for regulation in what is potentially a very large market for us and is bringing in new operators who are already starting to enquire about what they can reach out to affiliates via our products”.

In addition to changes within the US market, there are other factors that have contributed to the growth of the LAC throughout the years.  First and foremost, the online gambling industry itself has grown worldwide in terms if its sheer numbers and maturity.

“The event has grown massively over the years but I think you can say the same about the industry itself which has grown up from a gangly spotty teenager to a full blown high flying dot com billionaire…. When we launched the events 8 years ago we never imagined it would ever grow to the size it has and what is scary is that it still has scope to grow even further”, said Pratt.

If you think back to the first LAC in 2007, there were a lot less attendees, the venue itself was so much smaller than the venues we’re in today and delegates were generally a lot younger.

“I was at the first CAP Euro conference held in London in 2007 at London’s Olympia.  We were talking perhaps 25 exhibitors and a spattering of relevant panel sessions”, Galanis reminisced.  “Since then we’ve bumped to Old Billingsgate via the Hammersmith Hilton, added an amazing awards night, outgrown Billingsgate and have now hit the heights of Earls Court. At a guess, I would say the event is at the very least 10 times the size it was in 2007 and 2008 – a real credit to the organisers and the affiliate industry in general”.

What Galanis says is true, one of the main reasons for the growth and continued success of the LAC is our industry’s ability and the organizer’s ability to adapt to change…and quickly.

“We see less US-facing affiliates and exhibitors, but the conference is still growing and getting better”, said a representative from Casino Affiliate Programs. “While there was a dip after [UIGEA and Black Friday], new entrants to the affiliate marketplace have replaced those US-facing affiliates that got cut out”.

The different types of companies exhibiting at the LAC today are a big change from 2007, most notably the big presence from forex and binary options companies.

“I feel that the diversification of operator offerings has also played a big part [in LAC’s growth], there were no binary options, forex, etc back in 2006”, Abdulla added.

To prove just how much the LAC has grown since its inception in 2007, Pratt passed on some actual numbers to put it all in perspective.

There’s no arguing that the LAC has grown in its numbers over the last eight years, but another big change at the event is the professionalism of the delegates, something that we didn’t see as much of back in ’07.

“[The LAC has] certainly matured, as the industry has as a whole, and is now attended by senior people from all parts of Gaming. You’ll even see more suits there now than body paint, a change from a few years ago!”, joked McMaster.

Abdulla added, “I think that operators are being smarter with the way they spend their marketing dollars at the shows now, you don’t see as many extravagant parties and events like you did pre-UIGEA and Black Friday, but rather strategically spending those dollars where they see the most ROI and value to their brand. The industry has matured from where it was years ago”.

Its true that we don’t see as many wild parties and shenanigans on the conference floor as we used to, but a lot of the professionals working in iGaming have aged themselves and prefer a more productive atmosphere anyway (ok, and a little partying too).

After taking a look at the growth and changes of the LAC over the past eight years, what’s become clear is that the core purpose of the LAC has never changed- it’s the industry itself that’s dictated the changes.

“Fundamentally the vision we set out [for the LAC] at the very start hasn’t changed, so when you peel back the size of the event, really it hasn’t changed that much at all”, explained Pratt. “It is still focused on prioritising affiliate needs over everything else and providing a platform for affiliates to learn, network and have fun whilst doing it”.