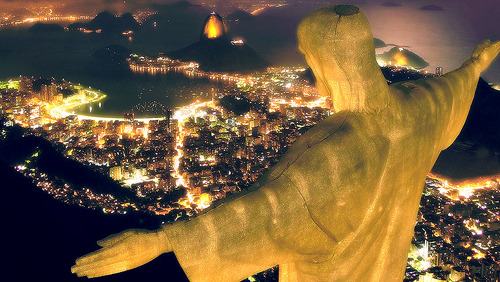 In November 2013 the online gambling industry saw two conferences hosted in South American cities: SAGSE in Buenos Aires, the largest gaming expo focused on the Latin American market, and the inaugural Brazilian Gaming Congress (BGC) in Rio de Janeiro, a smaller event specifically focused on the gaming market within Brazil.  The simple fact alone that two gaming events were held weeks apart in South America supports that an explosion of the gambling industry in this continent is imminent.

While CalvinAyre.com was not in attendance at these two events, I was able to track down Victor Arias Lopez, Latin-American Manager for CasinoFantasia.com, who attended both and was happy to share his experiences.Arias is also an expert in the Latin American online gambling market and has first hand exposure to the massive growth that happening in this part of the world from gambling industry perspective.

“For the last 7 years of my career on the Online Gaming Industry I have focused my research and work on the Latin-American market.  It is really important to recognize the interesting growth and interest from the biggest companies all around the world to conquest a market with a population of over 600 million people in 27 countries which are having an important economic growth and the power of acquisition is getting better every day.  As a result of these factors, the investors become more interested”, said Arias.

When asked to describe the two South America conferences he answered, “Last November 2013 we had SAGSE in Argentina which was a great venue to get the Latin-American operators and executives from all over the world”.   He continued on to describe the very first BGC that attracted over 200 delegates.  “It was the first Gaming Conference in [Brazil] discussing and analyzing different and important topics about gaming in general and of course the World Cup which is coming up soon”.

While SAGSE is an established land based gambling event that has been taking place for years, the online side of the industry is starting to make an appearance, similar to what has happened at America’s G2E.  “In its majority the show brings all the most important Land Based providers from all over the world but this year I was able to see an increase on the online sector bringing more companies to expose their products. Hopefully in the next years we can see more development and increase on this aspect”, said Arias.

The BGC was much more of a niche event, dedicating much of its focus on two major sport events that will be held in Rio.  “With the Soccer World Cup and the Olympic Games in 2016, the country and the region see the need of discussing different topics and interaction with local entities and personalities to know more about the market culture”, Arias said.

Arias went on to share that the impressive caliber of attendees made the discussions taking place around the BGC more than worthwhile.  “There were over 200 attendants from all over the world representing the most important companies and entities, CEOs, COOs, CFOs, Region Managers, in general personalities with big knowledge of a market in a constant change and growth stage”, he said.

Its clear that there will be a solid market for online gambling in Brazil, but the challenge is getting those regulations into place.  When asked the state of iGaming regulation in Brazil Arias answered with, “Brazil is looking into setting up a regulation just as many other countries in Latin America, but specifically speaking about Brazil, they will be working hard on getting something ready before the Olympics. It’s already too late to have something in place before the World Cup in 2014”.

Arias acknowledges that putting regulations into place is no easy task, requiring a massive amount of work and resources from each country.  “To have a good regulation in place the following should be taken in consideration in my opinion: Customer protection, investor/operator protection, a good tax structure and its very important think about regulating an industry without the monopoly model, competition is always good and makes all companies give their best when it comes to service and offering of their products”, he said.

Putting regulations into place for any country takes time, but Brazil has some pretty special motivation to get the ball rolling.  “Brazil is expecting over 1 billion people for the World Cup 2014 and for sure expecting similar numbers for the Olympics in 2016.  That by itself can give us an idea of their interest for having a regulation in place in the coming years”, said Arias.