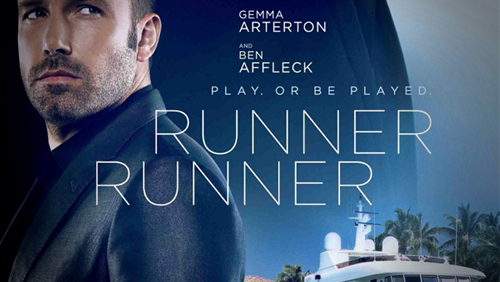 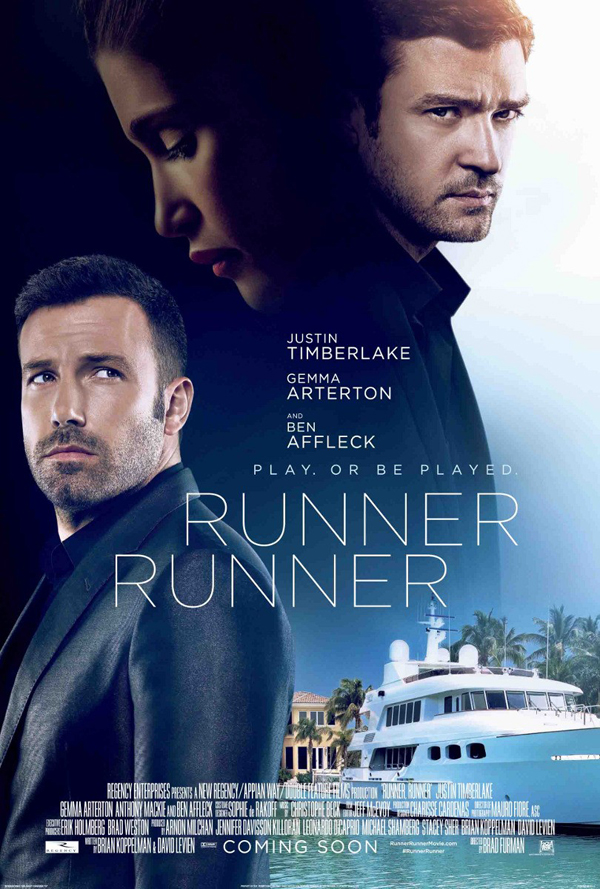 Runner Runner is an apt name for this movie, because long before my fingers had scraped the bottom of the popcorn barrel I wanted to do a Runner Runner myself.

When you are paying good money to see a cast that includes Justin Timberlake, Ben Affleck, Gemma Arterton and Anthony Mackie you expect more; with Leonardo Di Caprio as the executive producer you expect more; and when the Rounders writing team of Brian Koppelman and David Levien take up the quill you expect more.

The movie industry no longer cares. The art of storytelling is dead. Timberlake, Affleck, et al are clever cookies. They know a dog when they see a dog. So why make it? Why put their professional reputation on the line? Money. Or more appropriately my money, and this is why the cinema was humming with disappointment when the obviousness of the ending had gotten itself out of the way.

When you take on the challenge of making a movie about poker, you need a believable storyline and great characters. The explosions and killing sprees that so often mask the inadequacies of other movies are not going to play a role in a film about online poker. Screw these two things up and you are in trouble. Runner Runner screwed the pooch on both fronts.

It insults our intelligence to believe that Richie Furst (Timberlake), a Princeton graduate, is cheated out of his entire bankroll in a night of online poker, and then takes a plane to Costa Rica to complain to the sites owner and demand his money back. Has this lad never heard of e-mail?

The site in question is called Midnight Black and it’s owner is a man by the name of Ivan Block (Ben Affleck). Once Furst touches down in Costa Rica the storyline unfolds like thousands of others have done in the past. Our protagonist meets the antagonist, the antagonist looks and behave like a saint, the protagonist believes the illusion, the antagonist lures the protagonist into his lair and rams his pitchfork up his bum. It’s a role we have seen a thousand times before, and Affleck did nothing to improve upon it. If you watch Runner Runner you will feel like Russ Hamilton did when playing online poker. You always know what is going to happen next.

The storyline was so weak that the movie barely stumbled over the 90-minute mark, and there were so many annoyances. The hiding given to Furst by the corrupt police was tamer than the hidings handed out in the school playground; his over-exaggerated poker metaphors made me wince, and why was Gemma Arterton so orange? I didn’t know she was a Valley girl?

During an interview with Rebecca Liggero, John Pappas of the Poker Players Alliance said this of the movie: “This is an exact reason why we do not want an unregulated market in the US.”

I would like to change that sentence just slightly: “This is an exact reason why we do not want a movie created about poker.”