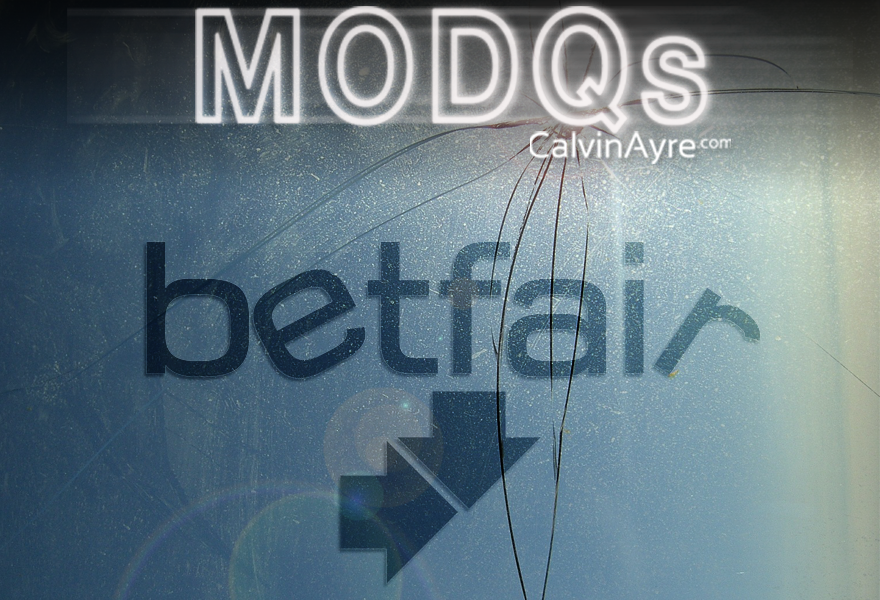 Betfair’s full year results to April 2013 were released last week to mixed reactions and likely with mixed feelings. To the public eye, Breon Corcoran and his slimmed band of merry men say that the low results were inevitable given the transitional period that the company is going through.

Having spent plenty of his tenure to date lowering expectations, Corcoran was able to draw on the fact that the rejection of CVC’s bid shows that Betfair is in a position of strength and that the future looks bright. On the other hand, had Betfair investors been told pre-IPO that this is where the company would be at this stage, they wouldn’t have been too enthralled. Pre-tax losses of £50 million certainly won’t have lightened the mood among shareholders.

But one point gleaned from Breon Corcoran‘s comments and picked up on by various news outlets including Reuters was that by providing simpler products Betfair had been able to attract more customers than ever before.

On the subject Corcoran’s comments read: “While the Exchange continues to be at the heart of our business, the Sportsbook means that we can now present new customers with a simpler, more familiar product and offer a wide range of promotional activity than is possible on the Exchange alone. This is helping Betfair to attract more customers than ever before.”

While it is largely subject to interpretation, these comments could be seen as a confirmation of the fact that Betfair will not be adopting the strategy that Richard Koch had spoken of during the failed CVC takeover process. Rather than looking to attracts the highest value players, Betfair are happier operating with lower player values but substantially more players.

Despite what might be construed as Corcoran’s show of vindication, it is too early to tell if this approach really is paying off. Different brands have been able to make both ways work, but what is the ultimate preference when choosing between high quality or high quantity players?

The easy answer is to say that a mix of two is ideal. To have a large player based that includes some very big players. But the fact that Koch was so clear in the way that he intended to take the business shows that there are ways to focus on one or the other. Koch’s plans were to cut customer numbers and in turn marketing budget while focusing on players who were most profitable to Betfair.

The method behind Koch’s plans is the 80/20 principle; a theory put together by himself on the back of the Pareto principle. The idea is that 80% of results come from 20% of causes.

As Koch told The Telegraph, in the case of Betfair this meant “it is usually a small amount of customers that account for a large proportion of your profitability.”

The way in which Betfair’s Exchange is currently set up already supports this model. In 2011 the company created a bit of a stir by increasing their premium charge for those over £250,000 in profit but the fact that it only impacted around 500 customers dulled the effect.

However, Betfair under Corcoran appear to be keen to move away from any reliance on a small number of customers. They’re more interested in appealing to the lowest common denominator.

80/20 and recreation around iGaming

Players of differing quality are catered for across the iGaming industry with the effects clearly viewable. Whereas affiliate sites offering free slots may send plenty of volume, they might not make much in revenue whereas just two or three players from a high roller, VIP or high limits site could bring in big commissions. It’s for this reason that many operators are wary of no deposit bonuses due to the quality of players that they bring in – which at an exec level is going to hurt your personal KPIs.

bet365 have had success by taking large volumes of bets rather than focusing on big players. In fact their desire to hinder big players is often on display when limits are placed on successful accounts. The nature of their flagship product InPlay betting makes this considerably less of an issue though with lots of low wages being the preferred method of attack for punters.

Similarly, Bodog’s Recreational Poker model has lead to a larger numbers of lower value casual players. As the name suggests, it’s for recreational players who will come back and aren’t determined to make huge profits out of their play.

Funnily enough, recreational players is also a term that has popped up in the coverage of Corcoran’s comments. The Times reported last week that “Betfair will hold firm with its aim to attract more recreational punters after fighting off a hostile £1 billion takeover bid that would have compelled it to reverse course.”

So rather than squeezing more out of big players Betfair appear to be content with quantity over quality. Given the other iGaming examples above, you’d say that that seems to be the favoured choice across the industry at the moment. It certainly makes sense with operators leaving themselves much less vulnerable to the success of a small number of customers.

Having said that, it would be very interesting for the onlooker to see how Koch’s 80/20 principle would play out if put into full practice. But given the failed Betfair bid it’s unlikely we’ll get the chance.