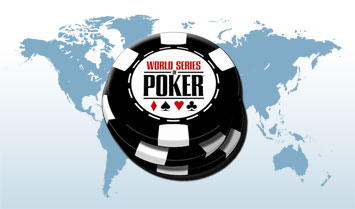 The World Series of Poker began its first ever tournament in Australia this week. The $1,100 “Accumulator” tournament is the first of six events on the schedule of the inaugural WSOP Asia Pacific at Crown Casino in Melbourne. The small buy-in belies what a big step the move to the Pacific market is for a brand that was once synonymous with America.

Back when the WSOP began in 1970, its name and the reality of the competition couldn’t have been much further apart. What sounded like a monumental event actually consisted of a handful of old gambling friends playing poker for days before voting on a winner. The only part of the world represented was the dusty American West, with a heavy emphasis on Texas. In the 1980s the rest of the world began to be represented, particularly after Johnny Chan won back-to-back Main Event titles – but they still had to go to Las Vegas.

Only once the poker boom had come and begun to go did the WSOP finally branch out to the rest of the world. WSOP Europe, which awarded the first three bracelets outside of the United States, was a modest but instant hit in 2007. The best players from America traveled to play for bracelets in London, and the best players from across Europe showed up to give the Americans a run for their money on something a lot closer to home turf than the Nevada desert. Annette Obrestad set a record that’s unlikely to be broken that year, winning the WSOPE Main Event at the age of 18 to set that event apart from its American cousin from the very beginning. The 632 entrants in those first three tournaments were eclipsed next year by 1,047 in four tournaments. Jesper Hougaard became the first player to win bracelets in Las Vegas and Europe in the same year, and John Juanda won the main event in the longest final table in WSOP history.

From there WSOP Europe became a mainstay and continued to grow, eventually leaving its home in London and moving to Cannes, France, in 2011. That marked only the second venue change in WSOP history, after the original WSOP moved from Binion’s in downtown Las Vegas to the Rio with its roomy convention center. WSOPE became a permanent part of the family, in a sense, when Phil Hellmuth won its Main Event in 2012, becoming the first player ever to win both that tournament and the WSOP Main Event – another mark unlikely to ever be broken.

The initial expansion into Europe was cautious, but further expansion into the rest of the world was even more so. WSOP Africa, held in 2010 at the Emerald Casino near Johannesburg, South Africa, featured just two events. And neither of them awarded a bracelet! WSOPA was not held in 2011 but resumed in 2012 with six events and a ladies tournament, all of which awarded gold rings like the WSOP Circuit. It wasn’t really a proper expansion of the WSOP brand. That was saved for this week.

WSOP Asia Pacific features a total of five bracelet events plus a $50,000 with rebuys High Roller tournament. Both Event #1 and the Main Event are five-day tournaments, putting them on par with the biggest tournaments at the WSOP in Las Vegas and other tours around the world. If the first tournament is anything to go by, with plenty of representation in the field from all the major world poker markets, the WSOP has finally gotten around to doing right by the “W” in its name. For the first time North Americans, Europeans, Asians, and Australians are all represented at the tables in sizable numbers – without the venue being Las Vegas.

It’s a moment that’s been a long time coming for the WSOP, which has seen its share of players from overseas grow steadily over the decades. From foreign-born Americans like Johnny Chan and Scotty Nguyen, to international winners like Carlos Mortensen and Joe Hachem, poker players from around the world have left their mark on the game – a game that might not have been invented by Texans but certainly was perfected by them. International players have held their own through every era of the WSOP, and indeed became a critical part of its success in the lean years after the UIGEA turned back the rising poker tide in America. In that regard it’s good to see the WSOP bringing the game to them. They’ve earned the right.

WSOP Europe has become a mainstay since its first arrival, and the early returns appear to say there’s no reason to believe WSOP Asia Pacific will be any different. The only real question is where the world’s oldest and most prestigious poker tournament series will go next.