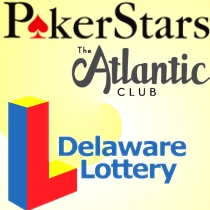 Michael Frawley, chief operating officer of Atlantic City’s Atlantic Club Casino Hotel, has shed a little more light on the bid by the parent company of online poker titan PokerStars to buy the brick-and-mortar gaming joint. Crawley revealed to Philly.com that he and co-COO Eric Matevich were the apparent originators of the plan, having first approached the Rational Group with the concept three months ago. Frawley said Rational plans to “pump money immediately” into refurbishing the casino, which will not only save the jobs of the 1,729 employees the Atlantic Club has put on layoff notice, but could add another 500 jobs to the struggling seaside gaming enclave’s workforce.

Frawley stated that PokerStars hopes to develop a 10k-square-foot data center in Atlantic City to support its online gaming operations and to set up a customer support center in Jersey City. Rational Group spokesman Eric Hollreiser was quoted as saying: “The future of gaming is to be able to provide a mix of online and offline gaming, and our interest in Atlantic City is being able to offer that mix. The deal is based upon the vision.” (Online and offline gaming convergence, huh… Where have we heard that before?)

But Hollreiser said much depended on what Gov. Chris Christie decides to do with the pending online gambling legislation sitting on his desk, which Christie must either sign, not sign, veto or ‘conditional veto’ by Feb. 7. “Our investment is predicated on the environment, and if the environment is the status quo in Atlantic City, then the investment can only be so much. If we can fulfill the vision of online and off-line, clearly, the investment grows with it.”

DELAWARE IN THE MARKET FOR ONLINE GAMBLING TECHNOLOGY
A little further north, the Delaware State Lottery has issued a request for proposals (RFP) from online gambling technology and service providers to help the state realize its online ambitions. Delaware passed full-fledged online gambling legislation – poker, bingo, casino table games, keno and video lottery games – in June 2012 and the plan is to be taking wagers “no later than Sept. 30, 2013.” The RFP envisions the Delaware Lottery centrally controlling a number of branded sites owned by the state’s licensed video lottery agents, which include the Delaware Park racino, the Harrington Raceway & Casino and the Dover Downs Hotel & Casino. (Read the RFP here.)

Delaware is seeking a backend technology platform provider, an operations management provider and various support services vendors. The RFP allows for a number of game content vendors to supply product to the system, and may “at some point in the future integrate” with “an internet sports wagering system, which does not currently exist.” The RFP also envisions the state’s players being able to wager via mobile apps. The deadline for operators interested in applying is March 15. A final recommendation regarding the primary and game content vendors will be given to the lottery director April 19, and the intent to award the contracts will be issued April 22.