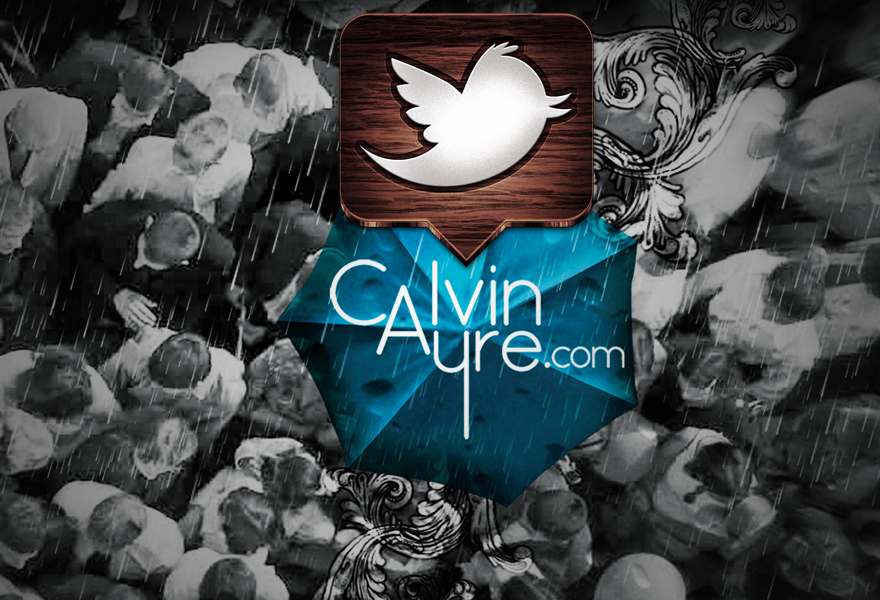 The current popularity and power of Twitter allows breaking news to travel faster than you can say “Happy New Year”. To stay on top of industry news and your social media game in 2013, here’s 10 twitter accounts from 2012 that you should consider following. Also checkout our Top 10 iGaming industry Facebook Accounts of 2012.

Who wants to win some lucky pants today? #XmasIsPants

Just about anything Paddy Power does is entertaining and innovative, including their twitter account.  View collections of odds from all over the map, prop bets, sports trivia, links to PR stunts and some good old fashioned Irish humor.

David Sargeant of Zukido is an informed industry professional who provides his followers with interesting industry news updates, information from online gambling industry conferences and even the odd cheeky tweet at his pals who are the conference speakers.

Our friend Joe Brennan Jr. loves to tweet about anything and everything New Jersey, with updates on regulation of sports gambling in the state and in the USA as a whole.His followers will also enjoy tweets about the wonderful world of professional sports in general.

Happy holidays from the AGA! See you in 2013!! twitter.com/AGAupdate/stat…

When it comes to federal regulation of online gambling in the United States, the American Gaming Association is always on top of the latest.  The AGA twitter account is full of updates on regulation and they are incredibly responsive to anyone who tweets at them or sends DMs.

VERY excited to watch some hockey tonight! Canada takes on Germany in the World Juniors. I’ll be Tivooing all the games. GO CANADA GO!!!

There are plenty of poker pro twitter accounts, but most are littered with stats and bad beats which, lets be honest, we don’t care about unless we play poker ourselves.  Negreanu’s twitter account is different though, rather than tweeting everything poker,his account is full of random facts, inspiring stories, infamous rants and affirmations.

Merry Christmas and Meowy Catmas toall of my friends and fans. Hope you have a wonderful day full of love and joy!

While Ms. Pasalic does sent out fun tweets about poker tourneys, poker pro interviews, cooking and travel adventures, you’ll probably want to follow this one for her profile picture on the left plus other pics of herself that she tweets while gallivanting around the globe.

Online Gambling and the End of the World! – APCW Perspectives Weekly nblo.gs/Gpnf9

The Pokerati twitter account is incredible for up-to-date poker industry news, constant tweets from US facing conferences and poker tourneys, plus an almost immediate response to DMs and anyone who tweets at them.

When I had called @calvinayre‘s 2012 gaming review “elegant,” I didn’t mean to include this twitter.com/AgentMarco/sta…

Because I’m working on Christmas Day my boss has hired Michael Buble to come in and sing for me. Talk about kicking a man when he’s down.

This account tweets very little about poker and Betfair and focuses more “random twitterings”, some London office humor and is guaranteed to make you laugh no matter who you are.  Followers are even granted free tourney entry from time to time.

This may not a gaming industry twitter account, but its one of the best out there.  Taco Bell has mastered interaction with customers by encouraging customers to tweet @TacoBell with pictures and videos featuring taco bell products and rewards them with witty replies.  The @TacoBell constant tweets are hilarious as well, who even cares if you like Taco Bell, study this one for your own marketing strategy and have a laugh at the same time.

For a New Years resolution, follow the CalvinAyre.com team twitter accounts and keep on top of everything online gambling – you’ll thank us for it!

Only me and another guy in the office today. Should have better managed my vacation days — BillBeatty (@MistaBill) December 27, 2012

Which Ayre Heads do you prefer? Brunette, Blonde or Red Head? Vote and check out who’s leading in our poll now at ayreheads.com — Calvin Ayre (@CalvinAyre) December 23, 2012