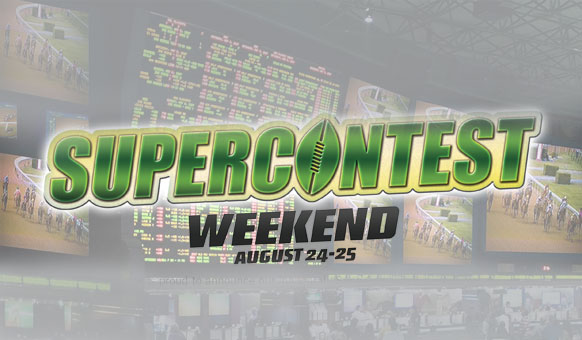 Las Vegas Hotel (LVH) Race and Sportsbook’s Super Contest is on track to smash last year’s record for entrants to the event thanks to social media engagement. CalvinAyre.com spoke to Jay Kornegay, the LVH’s Sportsbook Director, who was certain that the biggest contest in the pro football handicapping game would comfortably surpass last year’s figures.

“It’s on pace to break last year’s record of 517 by a large amount,” he told CalvinAyre.com. “We were at 393 entries through Tuesday night and that compares with 192 at this time last year. That was a record in itself so we’re well ahead of that pace especially when you consider that it’s $1,500 a pop.”

The most popular handicapping contest on the planet is run out of the LVH Race and Sportsbook and has been around in a similar guise for the past 20+ years. It takes place over the entire length of the NFL season with the winner crowned the best handicapper in pro football. This year’s winner will be in line for a prize that eclipses last year’s cheque of $310,000 and Kornegay is clear as to why the numbers have exploded this year.

“It’s popularity has exploded through social media and the internet,” he said. “You can see despite the tough economic climate that we’re facing right now, the contest seems to be immune from the economic woes we’ve been seeing over the past few years.”

You can read the rest of the interview in a feature next week designed to coincide with the launch of sports betting month here at CalvinAyre.com.