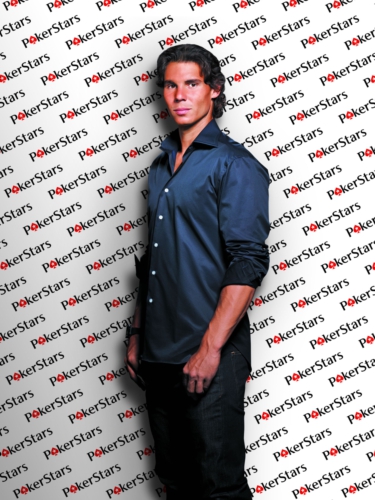 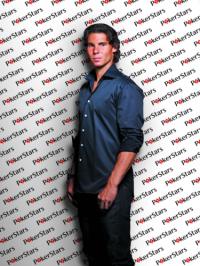 The word “ace” has taken a different significance in the lexicon of 7-time French Open champion Rafael Nadal.

Known more for being one of the greatest tennis players in history, Nadal is set to tackle a different competitive arena, one that involves the use of aces in a fashion slightly different from what he’s used to.

The “King of Clay” has joined online poker giant PokerStars, lending his support as a brand ambassador to the world’s largest online poker site.

“It’s no secret that I love to compete and try my very best in everything, whether that’s tennis, golf or video games,” Nadal said in a press release. “When I discovered the game of poker, I chose to join PokerStars because they understand what it takes to be the best and associate themselves with the qualities of champions. I’m very happy to be working with them.”

The signing of Nadal could potentially be a marketing coup for a company like PokerStars as he is arguably, with apologies to Jason Alexander, the most high-profile celebrity endorser they’ve had join their ranks.

“Rafa Nadal represents all that is great about competition – the mix of talent, intellect, dedication and mental strength that you find in champions in every sport,” said Mark Scheinberg, PokerStars Chairman of the Board.

“We are proud to have Rafa as an ambassador for the brand and excited at the opportunity to help him enjoy and improve his game.”

It’s a great match too as Nadal is known for having one of the fiercest competitive spirits in all of sports. After all, he didn’t earn his way to 11 Grand Slam titles by being a wimp on the courts.

As part of their new partnership, the Spanish tennis superstar will represent PokerStars in online tournament, advertising campaigns, and at charity events in the near future.

Rafa will also play an integral part in bringing in a new crop of players to the game, especially in Spain where he is considered no less than a deity. With his involvement in PokerStars, coupled with the expected surge in popularity of the game in a country that recently had its own government grant licenses to online poker operators like PokerStars.