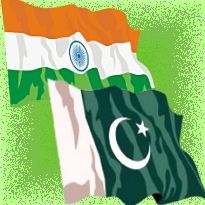 A prominent voice is calling on India to legalize and regulate sports betting. Mukul Mudgal, the former chief justice of Punjab and Haryana High Court, said legal sports betting would provide the state with significant revenues and reduce the potential for match- and spot-fixing. The Indo-Asian News Service reports that Mudgal also spotlighted the inherent contradiction in allowing Indians to bet on horse racing. “If betting on horse racing is legal then it should be applicable to all sports.” The former jurist made his remarks earlier this month at a Federation of Indian Chambers of Commerce and Industry (FICCI) conference on “Regulating Sports Betting – A Vice to be Tamed.” The preliminary findings of an FICCI survey on the issue found that the majority of respondents backed regulation, as do India’s teeming masses.

Across the border in Pakistan, a legal war is being waged over the country’s ‘Inami’ SMS lotteries. Pakistan’s telecom operators have been using the ‘lucky draw’ schemes – in which customers purchase products like phone wallpapers or answer quiz questions to earn points with which they can win cash and other prizes – as incentives to attract and retain customers. On May 28, the director general of the Pakistan Telecommunication Authority (PTA) sent letters to the country’s telecom operators saying the PTA had received complaints regarding the Inami, therefore the PTA was ordering operators to cease all “alluring” prize schemes – even the “genuine” ones – within two days.

Flare Pakistan reported that the brouhaha began after a Lahore-based lawyer claimed to have won a Rs 1m ($10.5k) prize a few months ago via operator PTCL’s Inami scheme, but PTCL refused to pay. The lawyer won a Consumer Court judgment against PTCL, but PTCL still refused to pay, so the lawyer took his complaint all the way to the Supreme Court of Pakistan. The jurists then got on the PTA’s case – allegedly due to the suggestion that the Inami games were encouraging un-Islamic behavior – prompting PTA to write its letter.

But legit operators fought back, denying that their contests constituted gambling and were therefore not breaking any laws. Yousaf Khosa, a local telecom law expert, told GamblingCompliance that within 10 days of receiving the PTA letter, operators filed a couple dozen constitutional petitions with the Islamabad High Court to block the PTA’s demands. The PTA has reportedly backed off attempting to enforce its edict until the courts weigh in on the legality of the Inami schemes.

Cricket to return to UK, but remains under COVID-19 cloud
Daniel Gardner
24 June 2020