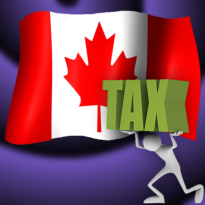 Filing your taxes in Canada just got a little more complicated. In a Jan. 26 judgment, the Federal Court of Appeal rejected the claims of a Toronto gambler who tried to write off his gambling losses as a legitimate business expense. Giuseppe Tarascio, a Bell Canada technician by day and gambler by night, had routinely declared his gambling winnings and deducted gambling losses as business expenses on his federal tax returns. That is, until the Canada Revenue Agency disallowed the deductions. Tarascio fought the CRA in court, but the CRA won. Tarascio decided to appeal, but his luck proved no better with the appeals court.

Tarascio kept detailed records of his financial ups and downs at racetracks, casinos and on lotteries. His tax returns for the years 2002 and 2003 listed losses of $41k and $56k respectively — sums he deducted from his declared gambling winnings. Describing gambling as his “calling,” Tarascio claimed that his mathematics degree and experience with probability theory had earned him the right to categorize his gambling as a legitimate business activity.

The Appeal court rejected this claim, backing the original court’s ruling that Tarascio’s record-keeping appeared intended solely to justify his tax deductions, not to assist in conducting a business operation. Tarascio hadn’t done himself any favors by declaring that his principal reason for gambling was “the thrill” it provided him, which runs counter to the principal goal of most business ventures (i.e. turning a profit). The court also noted that Tarascio appeared to have no “systematic method” for bettering his betting skills, a suspicion underscored when Tarascio shifted his principal gambling activity from horse racing to slot machines and casino games.

Tarascio now has to make amends for his revised tax computations, plus pay court costs of $1k. Tarascio told the Canadian Broadcasting Corp. that he doesn’t intend to take his fight to the Supreme Court, as he can’t afford a lawyer. (Too bad his probability theory experience hadn’t told him to stay on 17.) Tarascio is getting little sympathy from an (unscientific) readers’ poll on the CBC website, which currently shows 90% voting against the concept of deducting gambling losses on one’s taxes.