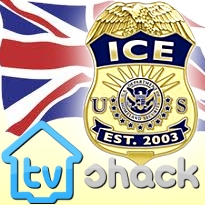 The theory that America’s laws extend far beyond its borders got a major boost on Friday, as a Westminster Magistrates’ Court judge ruled that the extradition of TVShack website owner Richard O’Dwyer to the US to face copyright violation charges could proceed. District Judge Quentin Purdy’s ruling would make O’Dwyer the first British citizen to be extradited for such an offence – a ‘crime’ for which the 23-year-old Sheffield Hallam University student faces zero charges in his home country.

O’Dwyer’s website did not actually host copyrighted movies or TV programs, serving instead as a repository of links to other sites on which such material was stored. US Immigration and Customs Enforcement (ICE) agency officials accused O’Dwyer of reaping some $230k in profits via advertising on the site. In June 2010, O’Dwyer’s US-registered .net domain was seized, but O’Dwyer quickly relaunched the site using a .cc domain. In November 2010, acting on US requests, UK police confiscated computer gear from O’Dwyer’s home, prompting him to shut down the TVShack site altogether. In May 2011, O’Dwyer was arrested at ICE’s request and has been waging his anti-extradition battle ever since.

In issuing his decision, Purdy declared: “There are said to be direct consequences of criminal activity by Richard O’Dwyer in the USA, albeit by him never leaving the north of England. Such a state of affairs does not demand a trial here if the competent UK authorities decline to act and does, in my judgment, permit one in the USA.” O’Dwyer’s lawyer has already stated his intention to appeal the ruling to the High Court. If convicted in the US on the copyright charges, O’Dwyer could face a maximum of five years in a US prison.

The issue of why O’Dwyer’s trial should be heard in the US is a major bone of contention, given that his computer server was never based there. In making his original argument for extradition to UK authorities, US gov’t lawyer John Jones had stated: “Access to the website took place in the US and the victims – the studios – are in the USA. There is no reason why he would not get a fair trial in America.” But O’Dwyer’s lawyer says his client is being used as a “guinea pig” for pending US copyright law.

PUTTING THE EXTRA IN EXTRADITION
O’Dwyer’s predicament has renewed calls for the UK to examine its 2003 extradition treaty with the US, especially since it seems to be benefiting one party far more than the other. (Since 2004, 29 UK nationals have been extradited to the US; only five US citizens have been sent to the UK.) But the deck was stacked from the beginning — the Extradition Act 2003 requires UK prosecutors to submit evidence to US courts to enable the extradition of a US citizen to the UK, but US prosecutors are only required to show “reasonable suspicion” of a crime. (Not for nothing was then-Prime Minister Tony Blair referred to as President George W. Bush’s ‘poodle.’)

Like so many other recent pieces of legislation, the Act was ostensibly designed to combat terrorism, but former Shadow Home Secretary David Davis noted that the rules were rarely being applied to actual terrorist cases, a trend he believed reduced the Act to “an engine for injustice.” In early December 2011, UK Members of Parliament overwhelmingly passed a non-binding motion urging the government to make “urgent reform” to the Act, but the government has yet to send any signals that changes are in the works.

The US insistence on extending its legal authority beyond its borders is highly ironic, coming from a nation that pulled out of the International Criminal Court citing concerns that its citizens might be subject to prosecution by foreigners for crimes committed in one of America’s ‘pre-emptive’ wars. The US has also shown a remarkable capacity for double-talk at the World Trade Organization, simultaneously chastising China for ignoring WTO rulings on trade violations in which the US came out on the short end, while ignoring similar WTO rulings in which the US is found to be at fault.

One might wonder why US law enforcement agencies are so determined to make an example out of a hapless UK university student. Clearly, a mounting sense of America’s ever diminishing authority on the world stage plays a role. In Jan. 2011, US Sen. Darrel Issa (R-CA) went on Fox News to discuss Wikileaks’ release of highly embarrassing US diplomatic cables that showed US officials engaging in numerous unethical and illegal activities. Referencing Wikileaks’ founder Julian Assange, Issa said: “If the President says ‘I can’t deal with this guy as a terrorist,’ then he has to be able to deal with him as a criminal, otherwise the world is laughing at… this paper tiger we’ve become.” From predatory bald eagle to toothless paper tiger, and finally, to a major pussy. Who says Americans don’t believe in evolution?