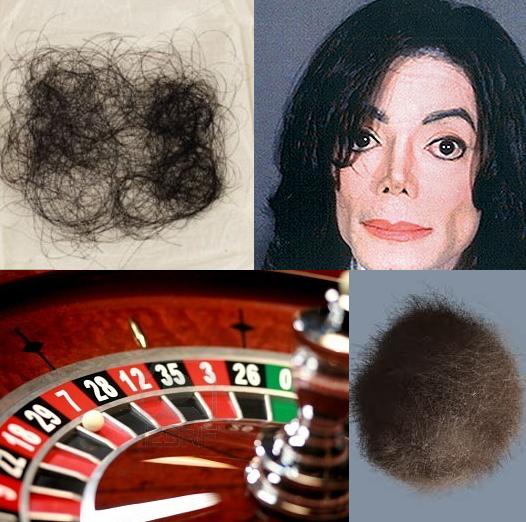 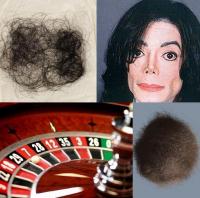 Many might have referred to pop legend Michael Jackson as wacko, but it seems his odd behaviour is very much alive and well; being manifested through the gambling industry. How? A gambling website has bought a clump of the late star’s hair at an auction – which was fished from his shower in the ‘80s. And guess what? They plan to turn it into a roulette ball.

In a report by the Mail, the site paid more than £7,000 (that’s nearly $11,000 in the US) for the knotted remnants of Jacko’s glossy black mane, and say by using the hair in a roulette ball it will “immortalize a peerless entertainer”. Jeez.

So who’s the proud new owner of this, err, fur ball? Gaming website OnlineGamblingPal.com made the winning bid. A company spokesman tried to justify the bizarre waste of money: “The ball itself will be made to the highest professional standards ensuring it will be eligible for use at any licensed casino’s roulette table.”

The tangled up mess of black hair strands was apparently retrieved from the drain of a shower by a worker at New York’s Carlyle Hotel after the King of Pop stayed there for a period of time during the 1980s. We can’t think of anything creepier. Nevertheless, it was then offered for sale by auction house, Gotta Have Rock and Roll – as part of an online sale of pop memorabilia. There’s nothing more Rock and Roll than a ball of entwined fuzz made up of dead skin and pubic hair!

The question on everyone’s sickened mouth now though is: what the hell is this roulette ball of matted hair going to look like? A mini tumbleweed? A lock of pubes? Whichever, it’s going to be the most interesting game of roulette you’re ever going to play.