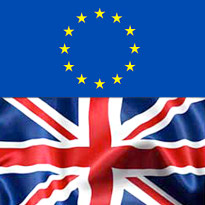 On Monday (14th), the European Parliament is scheduled to vote on German Liberal MEP Jürgen Creutzmann’s proposal to ‘harmonize’ online gambling regulations across European Union member nations. Creutzmann told European Voice he hopes the vote passes by a wide margin, because “the European Commission will do something only if there is a big majority.” Sigrid Ligne, secretary-general of the European Gaming & Betting Association (whose members include bwin.party (Pwin), BetClic, Expekt, Interwetten and Unibet) also hopes the vote gains wide support to prevent her group’s members from having to obtain 27 separate gaming licenses in order to claim a pan-European presence.

John Penrose, the UK minister for Tourism & Heritage at the Department for Culture, Media and Sport (DCMS), is already on record as rubbishing such pan-Euro plans, pointing out the difficulty in reconciling EU countries that have traditionally espoused negative attitudes toward gambling (Poland, Portugal) with countries who view gambling as “harmless and enjoyable for the majority of the population.” On Tuesday, the DCMS Select Committee held a hearing aimed at the UK’s domestic gambling industry. Having already stated that the “current system for regulating remote gambling doesn’t work,” Penrose hopes proposed licensing changes (first mentioned in July, but not expected to take effect until late 2012) will “create a level playing field, so all overseas operators will be subject to the same standards and requirements as those based in Britain.”

Representatives from Betfair, bwin.party, Probability and the Remote Gambling Association (RGA) were on hand to make sure the Committee understood their concerns about any changes to UK gaming law. Bet365’s John Coates said his company’s “big issue” was taxation. “We are already accruing gross profits tax on our Spanish business, plus we are paying 15% in the UK and we will be paying 20% in Denmark from January, which is unsustainable.”

Bwin.party’s Peter Reynolds, noting that obtaining a French gaming license cost his firm €8.7m (“in itself a big incentive not to go for a license”) cautioned Committee members to make sure regulatory change doesn’t price companies out of the market. “If you get things wrong, there’s more encouragement for illegal operators to stay illegal.” Betfair’s Martin Cruddace suggested the goal was to “hit the sweet spot – to make sure those who want to be regulated can get there without as much of a commercial risk for those who do not.” Betfair, along with William Hill and Ladbrokes, famously relocated operations to Gibraltar in order to avoid paying the 15% tax Bet365’s Coates (who remained in the UK) complained about. (In their defense, Betfair did ante up for this year’s horseracing Levy, even though its Gibraltar address meant it wasn’t legally required to contribute.)

RGA honcho Clive Hawkswood noted that it was hard to tell exactly what level of taxation was optimal, wryly observing: “We can only tell what is working very badly.” Hawkswood also managed to get in a mild defense of unlicensed operators, noting that “just because someone is licensed in Europe doesn’t mean they’re not a problem, and anyway there are still companies who are unlicensed but still pay out regularly.”