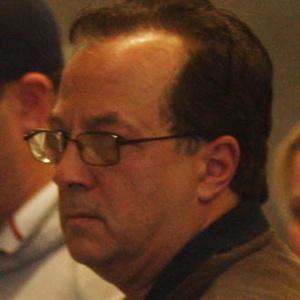 It seems actor John Marinacci who appeared in two episodes of “The Sopranos” and a small role on “Boardwalk Empire” is trying to make a bid for his own mob show reality TV series after being arrested for being tied to an organized-crime run gambling ring.

Just because you play a mobster on TV, doesn’t mean you can actually be one in real life. Furthermore, it’s puzzling to me that after the plethora of mobbed up TV series out there, the tactic of the Feds, including wire taps and surveillance operations are somehow still highly effective.

The Feds finally brought down what is being described as a 37-man gambling ring. “Operation Flat Rate” as the Feds call it, used long-term surveillance and numerous wiretaps to bring down the multi-million dollar mob operation.

According to the charges in the court papers, actor John Marinacci was charged with enterprise corruption for taking bets and collecting money for “the Gambino Bookmaking Enterprise.”

According to the indictments, the alleged illegal gambling activity involved two sports gambling operations in which bettors could call an off-shore site or use Web sites to place wagers, or play a numbers game where the action was on lottery numbers.

While the Feds may take a small victory in having brought down one more unauthorized gambling operation, there’s simply another one waiting to rise up.

And while the Feds can continue to use resources to bring them down time and again, it is but a band-aid solution to a bullet wound. That is to say, there wouldn’t be illegal gambling rings if there was proper and efficient online gambling legislation to begin with, and that’s just stating the blatantly obvious.