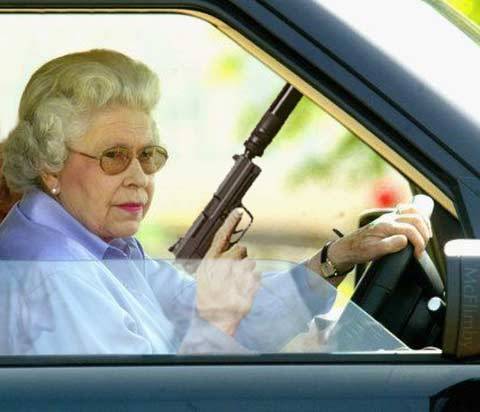 Atlantic City needs safety concerns surrounding their casinos like they need faulty slot machines. Unfortunately for the former gambling mecca, regulators have been forced to consider changing state law to allow casinos to use armed security guards in the wake of a fatal carjacking that began in a Taj Mahal parking garage.

As it stands right now, the NJ Casino Act prohibits guns anywhere on the casino premises and casinos only employ unarmed security. However, following a request from Trump Entertainment, the Division of Gaming Enforcement must decide whether to move or to allow armed security guards.

In Las Vegas, many casinos that once used armed security guards have moved to unarmed ones. Obviously, the last thing any casino operator needs are gunshots in their casino from some hot-headed and trigger happy security guard. Then again, when there’s a car-jacking going down or other dangerous criminal activity, there’s not a lot a security guard with a flash-light can do to deter it.

Even though safety is a concern, the Pressofatlanticcity reported that some local industry officials said they would not support allowing armed security guards.

Revel Entertainment Group CEO Kevin DeSanctis said: “When you start talking about carrying weapons, I think that’s much better left in the hands of police…the most important thing with security is presence of people who look like they have some kind of official capacity. I’d be much more in favor of having a few more people out there walking around. ” – Pressofatlanticcity.

What about the impression of the customers? That’s the real question. It’s a matter of whether patrons would feel comfortable with security guards packing heat. Of course, there those who wouldn’t mind it, but certainly there are those who might be apprehensive.

The problem for Atlantic City is that many casinos literally can’t afford to push anyone away for any reason, let alone safety concerns.