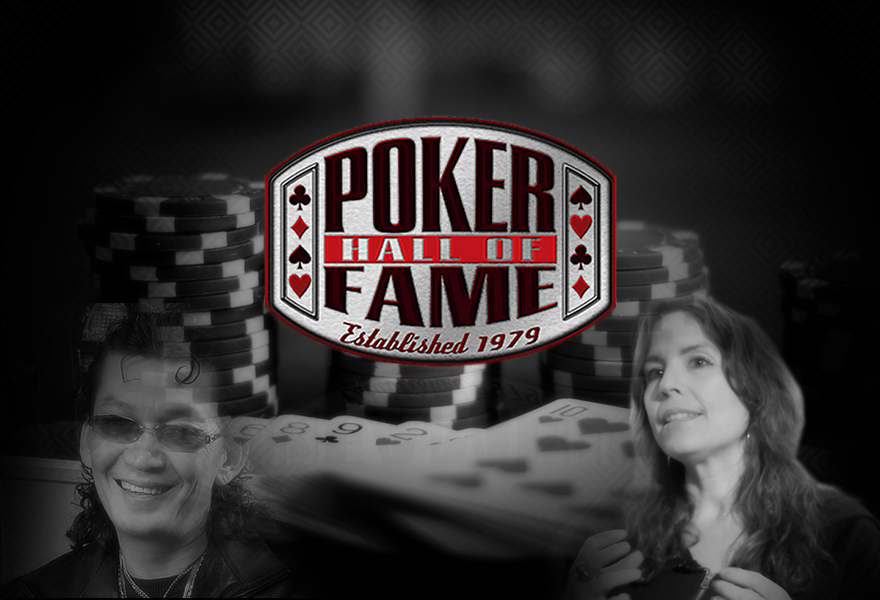 In poker, there are two honours that every serious professional wants to win: the World Series of Poker Main Event, and induction into the Poker Hall of Fame. One can be done by outlasting all the players in a single tournament, a simple feat if not a particularly easy one. The other – recognition as one of the game’s all-time greats – requires that one has played against acknowledged top competition, played for high stakes, played consistently well and gained the respect of one’s peers, and “stood the test of time.”

Last week the WSOP announced the 10 nominees for the Hall of Fame’s 2011 class. Only two can make the cut this year, though with the voting rules there’s also a possibility that nobody will win induction. Here’s a quick rundown of this year’s nominees (in alphabetical order) and their accomplishments:

JACK McCLELLAND – Tournament Director at the WSOP for 15 years and at Bellagio for 10 years, in addition to TD duties at various tournaments and casinos around the world

Three of these players stand out above the rest. At just 40 years old, John Juanda has won more money in poker tournaments than all but five players in the entire world. Over the course of a career spanning three decades, Juanda has demonstrated a mastery of nearly every form of poker in the rule books and has continually triumphed against world-class competition. At 48 years of age, Scotty Nguyen is the only player ever to win both the WSOP Main Event and the WSOP $50,000 HORSE event and stands in the top 10 of the all-time money list. Finally there’s 56-year-old Barry Greenstein. In addition to his $7.5 million in tournament wins and five major tournament titles, Greenstein has been a regular (and by all accounts a consistent winner) at Bobby’s Room in the Bellagio in Las Vegas, where the world’s biggest cash games are spread on a regular basis.

Out of this group, both Nguyen and Greenstein are nominated for the third straight year and it’s hard to think that one of them won’t finally make the cut. Juanda has the biggest numbers in tournaments among the three, but he’s also the youngest. Nguyen’s record is indisputably excellent, but he had to work overtime to rehabilitate his image after the downright ugly nature of his drunken win in the $50K HORSE event in 2008. Greenstein seems the most likely to win induction given his combination of cash-game and tournament excellence, though none of these three would be a particularly surprising to the Hall.

So far as the other nominees go, it would be a bit surprising to see any of them make it ahead of Juanda, Nguyen or Greenstein. Duke’s numbers are impressive enough until you see that half of her $4.27 million in career winnings came from a single invitational event (the 2004 WSOP Tournament of Champions) with only nine opponents. Likewise, Seed’s $7.26 million in earnings drop to $4.55 million if you exclude invitation-only and high-roller events, though his cash-game prowess makes up for that to a degree. Harman-Traniello is a Bobby’s Room regular and plenty respected among her peers, but her two WSOP bracelets are on the low end of the scale among this year’s nominees. Luske’s money totals are impressive but he has never won a major tournament title, and McEvoy is a former world champion who hasn’t posted a six-figure winning year since 2005.

Then there are the two nominees known mostly for their contributions to the game away from the table. Linda Johnson and Jack McClelland have both worked tirelessly to promote the game of poker throughout their careers. Two of the Hall of Fame’s last six classes have seen people inducted for their contributions to the game off the felt – former WSOP host and World Poker Open founder Jack Binion in 2005 and hole-cam inventor Henry Orenstein in 2008 – so it wouldn’t come as a very big surprise to see Johnson or McClelland inducted. If either makes it, it’s likely to be Johnson, who is nominated for the second straight year.

Notably, none of the nominees this year could be fairly called online poker players. Six of them had or still have promotional ties to online poker rooms, and several have been known to occasionally play in big cash games online, but all of them made their names in the live poker world. So when will we finally see a true online poker player earn a nomination to the Poker Hall of Fame? Probably no time soon thanks to this year’s addition of the so-called “Chip Reese Rule,” which requires that players be 40 years old before they can be inducted and was implemented as an official codification of an unofficial selection criterion used by Hall of Fame voters over the last few years.

So far as players with serious online cred go, the most likely candidate to make the Hall in the near future is Phil Ivey. At 35 years of age, though, even he is still five years away from consideration. Of course, Ivey also has 8 WSOP bracelets, so he’s still not a purely online player. After Ivey, it will likely be a while before anyone who made his name online becomes a serious candidate. Most of today’s top online winners are still in their 20s, including standouts like $7.4-million man Chris “moorman1” Moorman (26 years old) and three-time WCOOP bracelet winner/$4.9 million winner Dan “djk123” Kelly (22 years old). According to PocketFives.com at least 48 others have won more than $2.8 million in online tournaments – the same amount as Harman has won in live events – but none of them are within spitting distance of 40 years of age. Online poker may have catapulted the game into its current status as a global industry, but the live game will continue to rule the Poker Hall of Fame for the foreseeable future.