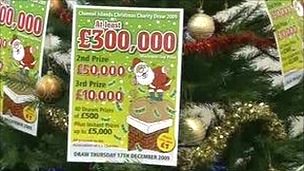 Formed from the merger of the Guernsey and Jersey lotteries in 1975, The Channel Islands ran on a traditional draw basis until January 2004 when scratch card Lottery replaced the draws. Prizes range from a free scratch card to £20,000.

The Channel Islands Lottery has made an agreement with Scientific Games subsidiary, The Global Draw, to launch the new electronic instant ticket (EIT) system throughout Jersey, in the Channel Islands.

The new EIT terminals provide a convenient and interactive experience for lottery players in Jersey, unlike the Jersey across the pond, this Jersey leads the way and is currently the only Channel Island with legislation permitting the sale of electronic instant tickets.
The new EIT will be offered at traditional instant ticket retailers and be made available in the airport, seaport, pubs, hotels, and supermarket chains throughout Jersey.

Jersey’s Minister of Economic Development, Senator Alan Maclean said in the release, “We are pleased to announce the signing of this contract with The Global Draw, which is known for its innovative technology and content…We are excited about the potential increase in revenue this may generate for local good causes.”

Paul Burnell, Director of EIT and Lottery at The Global Draw added in the release,“We believe electronic instant tickets offer a new opportunity for lottery revenue growth and we are excited to pioneer this technology in Jersey.”