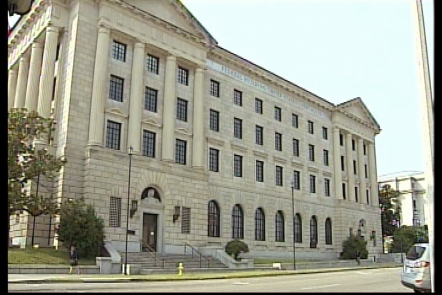 The prosecution rested its case in the Alabama Gambling Corruption trial in Tuesday, and Wednesday was spent with Judge Thomspon hearing arguments from the defense on why several charges should be dismissed given a lack of evidence provided by prosecutors.

Thursday morning, Judge Myron Thompson declined all motions for acquittal and dismissal of charges against all defendants. For eight weeks now, prosecutors have been trying to prove that the defendants schemed to buy and sell votes on legislation to allow gambling in Alabama.
Despite the judge’s reservations about some of the charges in the 39-count indictment and some concerns about some of the defendants in the trial, his decision means all charges against Macon County casino owner Milton McGregor and the eight other defendants will be upheld as the defense prepares to present their case.

On the prosecution’s end, it’s been anything but an open and shut case. There’s still plenty of questions about this case that do not have a definitive answer. The judge questioned legislative analyst Ray Crosby’s role in the alleged conspiracy, stating, “Could he even be in a conspiracy if he knew nothing outside his interaction with Mr. McGregor?”

Additionally, William White, attorney for Sen. Harri Anne Smith, argued that the government failed to meet its burden in providing evidence of the charges against her. White argued the charges against Smith arose from false accusations, misinterpreted conversations and stretches of the law and he argued extensively that the first bribery count against Smith should be dismissed.

White didn’t get his wish, but the defense certainly seems to have enough weak links and soft evidence to pick at during their presentation.