Home / Sports / Bolts and Bruins in do or die game 7 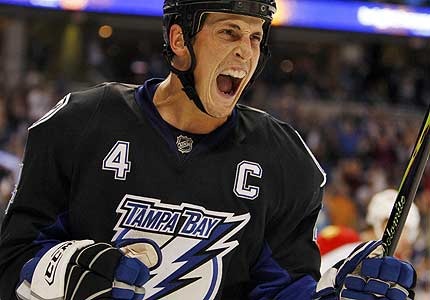 The Boston Bruins and the Tampa Bay Lightning will put it all on the line tonight in Game 7 of the NHL Eastern Conference Finals and only one team will emerge with the right to play for Lord Stanley’s Cup.

Game 7 provides an excellent opportunity for sportsbooks to up their series offering and props. This particular series has some unique statistical trends heading into game 7.

To begin with, Tamba Bay goaltender Dwyane Roloson is undefeated in elimination games. Roloson is a perfect 7-0 in elimination, could number eight prove unlucky? There’s no guarantee that trend will continue.

As for the Bolts, the last time they were in a game 7 of this capacity was against the Calgary Flames in the Stanley Cup Finals in 2004 and they emerged victorious.

As for the Bruins, lady luck hasn’t been friendly to them in recent seasons. Last year they found themselves in a similar position against the Philadelphia Flyers, they’ll certainly be hoping for a different outcome tonight.

This series has been physical and even though the last two games have been high scoring, game 7 has a way of tightening up the sticks. Bettors will have to make a choice on whether to follow the trends of high scoring or opt for a low scoring grind it out, game 7.

There so many betting possibilities in a game 7.

How many goals will Tim Thomas let in?

What team will take the first penalty?

These two teams have been so evenly matched, might this game go to overtime?

All of Canada will eagerly await the winner to see who will face the Vancouver Canucks in the Stanley Cup Final.