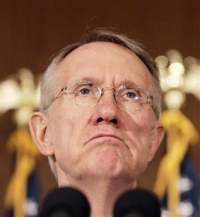 Monday is yet another day for the rolling issue that is online gambling in the United States of America and whether or not controversial Democratic Senator Harry Reid will be able to slip it into the lame duck bill. The fact it’s out in the public domain means that there’s a lot of opinion flying around right now.

The anti-fun police that are CitizenLink.com have come out to have their say on the impending bill. An article entitled Internet Gambling: Poison Pill for any Bill gives backing to the assertion that attempting to rabble rouse up support against the bill in the US to make it less likely the bill will be passed in the US. They cite CNN and Bloomberg amongst others to try and show the wealth of opposition that exists towards the bill.

This is one article that we actually agree with CitizenLink on, but anything else on the site we wouldn’t endorse in any shape or form. Until they start to realize that fun = good they’re not very high in our estimations at all.

Another article opposing “Harrah” Reid’s bill appears on Nevada Appeal, and is penned by Guy W. Farmer. The reason to oppose the bill is as clear as daylight as far as Farmer is concerned, and gives his main reason as the fact that it will impossible to police in its current form. The article also recognizes the opinions of several senators who point to it not being of utmost importance to Congress right now – jobs and the economy being closer to the top of that list.

Illinois counting on the Lame Ducks; Florida cool on gaming for another year
Jamie Hinks
26 November 2012