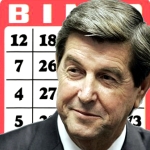 With only three months before he vacates the governor’s mansion, Riley clearly wants to get his point across to the lone remaining state resident that doesn’t already understand he spent his time in office as the archenemy of all things gambling. But in seeking to close the Poarch Band’s three casinos, Riley seems just a bit confused over the issue of jurisdiction.

Riley’s forgotten that it’s the National Indian Gaming Commission in Washington, D.C. that regulates Indian gaming, and according to them, so long as the state allows bingo in any form, then the Poarch Band can offer the electronic version on its own territory. The state allows paper bingo, so Riley has no case. And soon, no public office.

However, it’s entirely possible that Riley may have his eye on an even higher office, as there’s been speculation that he may seek the Republican nomination for the Presidential election in 2012. Seen in that light, his senseless posturing makes a whole lot more sense.