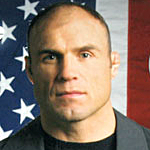 If mixed martial arts ever had a contender for the title of Captain America, it would be the ‘speak softly and carry a big fist’ figure of one Randy Couture. The UFC Hall of Fame member also has a pretty big heart, which is why he began Operation All In, a charity poker tournament and fundraiser for his Xtreme Couture G.I. Foundation, which seeks to aid members of America’s military forces who have been wounded in action.

The third annual Operation All In gets underway Oct. 30 at the Golden Nugget in Las Vegas, and poker pros such as Howard Lederer, Antonio Esfandiari, Andy Bloch and others have already confirmed their attendance. There will also be a host of familiar MMA faces on hand, so we’d advise any pro players who like to trash talk their opponents to remember that discretion is the better part of valor. (And corn on the cob is pretty delicious, but you can’t eat it with false teeth, now can you?)

There will also be a Halloween bash inside Gold Diggers nightclub starting at 8pm, and admittance is free for those who buy-in to the tourney, but anyone else can get in for a mere $25. For further info, visit the G.I. Foundation site.