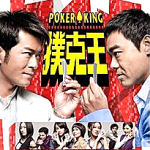 SunGame, a major Asian gaming operator that offers online live dealer, a sportsbook, keno and slots, has now launched a poker offering, Poker King, which will become the latest layer on the Cake Network. Poker King also happens to be the name of a feature film SunGame released in August 2009 in Macau during that city’s Asian Poker Tour event.

We gotta say – producing a scripted feature film shows a hell of a lot more dedication than just setting up cameras at yet another poker tournament. Beyond making an entertaining bit of celluloid, SunGame claims that their intention for the film was to educate the Asian public on the idea of poker as a mental skill game. Whether they succeeded or not, they’ve already educated us on the lengths they’re prepared to go to make their operation a success.

In other Cake news, the network has just announced its new multi-currency feature, which allows players to view account transactions in their native currency. Cake Network partners can also implement any currency they wish and use any spot rate they deem appropriate.