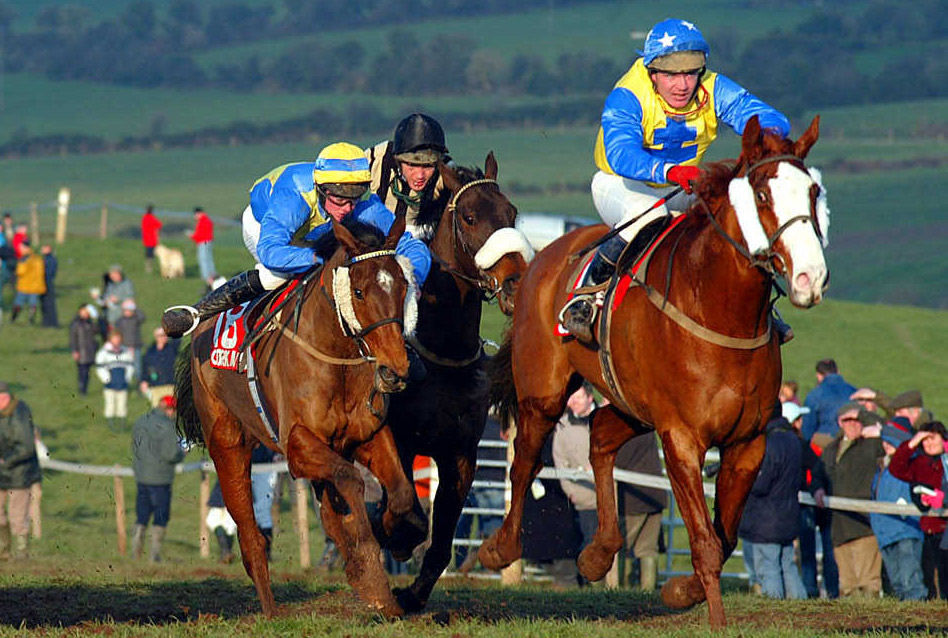 25/1 Bar (bados)
Right, we are almost ready to rumble. The Festival is almost here. And I won’t be. Indeed, the time has come to take my annual trip to sunny climes to afford me a better view of the runners and riders. The weather in Barbados at this time of year allows the punter a moment of reflection, in fact new optimism as race after race, the ante-post slips are torn up and thrown into the virtual waste paper bin. It is the ideal way to deal with loss and hurt.

For those that will be braving the cold, the rain and the crowds here follows my essential, yes essential, guide to Cheltenham. Remember, this is essential. Now we all know what a wonderful position we have got ourselves into with our ante-post portfolio. We can sit back, smug, happy and caress our erections in our favourite comfy seat. But there are dangers lurking out there. Big, scary dangers in the guise of huge brown horses, horses that we haven’t backed. Be afraid.

The first day is, in a lot of people’s minds the best day to attend. The hangovers haven’t yet taken hold, the roars are loud, the Irish haven’t started fighting and it’s also the day of the Champion Hurdle. So the diary this week is a diary of the future… scary. Here we go.

Tuesday
The whole thing kicks off with the Supreme Novices Hurdle; a race dominated, as you would expect, by 5 and 6-year olds. No favourite has won this race for the last five years making it an interesting race for exchange players – especially as Dunguib is currently trading at such a short price. Our ante-post pick Blackstairmountain should be right up for this, a horse with a 50% strike rate over hurdles and now that Ruby Walsh has opted to partner him he has every chance. Dunguib is the odds-on favourite, a horse that likes to get to the front, but has a tendency to fail drug tests. Let’s hope he’s on the lash the night before.

In the Arkle we’ve got Captain Cee Bee; winner of the Supreme Novices in 2008 he missed all of last season after a setback, but has looked superb since coming back. Had an unlucky fall when all over Sizing Europe at Leopardstown back in December, but don’t let that put you off. Class.

I like Razor Royale in the William Hill Trophy. In a wide open race favouritism in this will flip and flop, but Twiston-Davies’ Racing Post Chase winner (who could go for the Gold Cup) looks a good bet at a decent price – around 20/1.

On to the big one – The Champion Hurdle. We’ve got Go Native at a decent price, but it might be worth an each-way interest in Celestial Halo. Nichols’ horse is top rated and will have Ruby Walsh on board and at around 12/1 looks cracking value.

The cross country chase is next up and lots of old and wise names are here. Garde Champetre will probably nudge out L’Ami for favouritism – but a small interest in Monkerhostin at around 16s might be the clever bet.

The first day ends with the David Nicholson Mares Hurdle. I may have a small interest in Carole’s Legacy at a very decent price. Remember where you heard it first…

Wednesday
The first race is the amateur’s event. I personally prefer their videos and will give this a swerve. It is the oldest race at the Festival and also one of the longest. The problem is that it is a bit of a lottery, so if you must then pick a couple of 25/1 shots and knock back a couple of rum punches.

Next up, we have Peddlars Cross going for us in the Neptune Novices Hurdle. This is the race that made Istabraq’s name back in 1997. It does produce future champions and Peddlars Cross could well be another. Wishfull Thinking is another decent sort at a big price.

Long Run in the RSA is a cracking bet for us. Now as short as 2/1 and still falling. Dangers lie in the form of Diamond Harry and Punchestown. But don’t worry – this has banker written all over it.

Onto the Queen Mother, a woman that doesn’t exist anymore as is unlikely to for a while. Especially with Diana not being with us through lack of tunnel vision. Who will be the next Queen Mother? Place your bets. In the meantime in the QM Champion Chase Masterminded will go off very short. Our pick, Twist Magic has a good chance and would be expected to get a place at the very least.

The Coral Cup, a race only added in the early 90s is up next. A definite pick-with-a-pin race. Have another pop at Wishfull Thinking, if it runs.

The Fred Winter Handicap, added when the Festival was extended by a day is next on the card. It’s a very fast run race and is restricted to 4-year olds. Bothy is my pick, simply because I want to.

The Champion Bumper is the fun, but interesting race of the Festival. Expect to see appearances from star flat jockeys. Nicholls’ Al Ferof is the pick of the bunch.

Thursday and Friday’s previews will follow later in the week