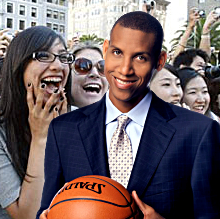 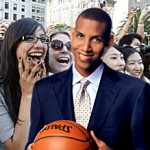 Disgraced ex-referee Tim Donaghy’s been pimpin’ his tell-all of late, so this is a timely read. A report entitled Whistle Swallowing: Officiating & the Omission Bias claims that NBA refs display a willingness to make an incorrect call rather than make an incorrect non-call and also that star players are given more leeway than journeymen when they get into foul trouble. Oh, and the earth is apparently round. On the bright (?) side, the phenomenon evidently exists in all the major sports leagues, not just the NBA. Read more.