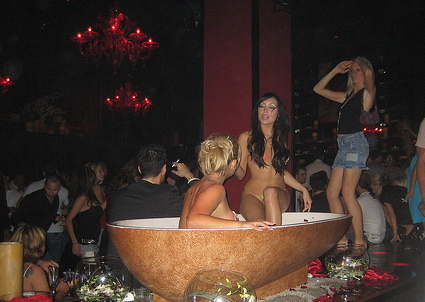 Tis the season to be drunk as fuck!

Seriously, it’s about that time of the year when many Online gaming companies and workplaces in general throw their annual Xmas parties. Most Xmas parties can pretty much be summed up as “They did, they didn’t and they both did”.

Yeah we all know some crazy shit can happen at the staff Xmas shaker so we polled some seasoned industry vets, who will remain suspiciously anonymous, on some of their experiences with staff Xmas parties. What we came up with was a nice little list of some do’ and some don’ts, for your next staff Xmas party. Now, these vets range from call center employees to company execs so there’s a little sumpin sumpin for everybody.

If you’re fortunate enough to be with a company that really knows how to throw a party then you’ll feel this one….

DON’T: Touch the naked girls covered in body paint…
Yes, I know, they are naked and dancing and smiling at you, but they’re fucking paid to do that. And after a couple shots of Patron, it may occur to you that hey, it’s okay to touch their nipples. Wrong. Restraint on this will prevent you from getting canned, slapped in the face and or tackled by the security guard staring at her ass.

DO: Find the sexiest co-worker and strike up a conversation.
Throw on your Blue Steele gameface and put your mack down…Christmas is the season of giving, so this your chance to receive some attention. Everybody is in a festive mood, play your cards right and you might be heading to the after, after penthouse party. 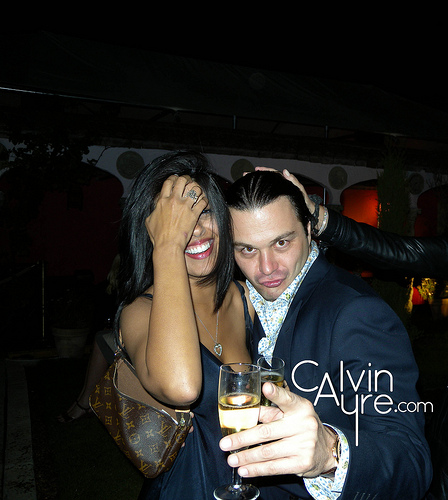 After the party it's the after party...

DON’T: Openly hit on the tight wad boss’s pet…
Call center cats especially know who and what I’m talking about. You know the girl, the one that is somehow allowed to always come in late, never answer the phone, but dammit she looks good. The one your supervisor is always at her desk, you know the one. Hit on her oh yes, but don’t throw it in his face, you might find a little added scrutiny to your performance at work, and we all need that like we need a hole in the dome.

DO: Party your ass off…But keep your pants on man.
Keep it under control, but let loose, that’s what Christmas staff parties are all about.
If you find that somehow your button up is, well, no longer buttoned up that’s the first warning sign. After you’ve made it rain C-notes on the models at the bar, if next you find that it’s a little breezy because your pants are down by your ankles and your giving the Ravishing Rick Rude pelvic thrusts with your hands in the air…like you just don’t care…Guess what? You’ve gone a wee bit too far…and you might already be on Youtube.

DON’T: Be THAT GUY…
I don’t care what anyone says, at some point in our lives if you’ve partied as hard you can ever…you’ve become THAT GUY, whether you remember it or not. It can happen to anyone under the right conditions…

Your drunk and maybe high, you’re having a real good time. You haven’t spent that much on booze at the bar because you thought ahead and snuck in your own booze from home. You’re hitting on everyone, no snags, but the night is young, so your still rocking out. You’ve made a few off color remarks about some co-workers, you’ve grinded up on the naked painted girl, harassed her a bit, and now your stumbling on to the dance floor. You’re having the most fun out of anyone there, until…Feeling a little sick? The all of a sudden… Puke show.
When you find yourself on the street with only your true buddies by your side and your job and reputation in jeopardy, who are you? Your THAT GUY.

DON’T: Feel too bad… The world needs that guy.