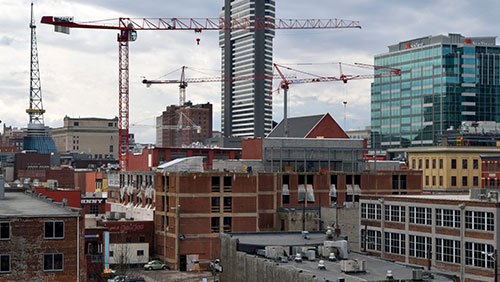 The Volunteer State won’t have legal sports gambling in place before the San Francisco 49ers take on the Kansas City Chiefs in Super Bowl LIV, but it could be ready for March Madness.  Tennessee first approved sports gambling legislation last year and then gave state residents a chance to weigh in on topic.  Things continue to progress, and the first bets could be placed in sportsbooks sometime next month.

The Tennessee Lottery, which is overseeing the launch of the state’s legal sports gambling efforts, sought input from the public last November in order to gauge the response to its proposed rules.

The window for submitting comments ended January 6 and the next step is to have the draft rules, as well as the input, discussed by the Tennessee Education Lottery Corp. (TEL), through its Sports Wagering Advisory Council, when the council meets on February 18.

If everything goes well and the draft regulations don’t need much manipulation, applications to operate sportsbooks could start to be accepted next month.  With a little bit of luck, the first round of operators can be selected and their products approved within two to three weeks, which would allow them to get up and running ahead of March Madness, the NCAA men’s basketball championship tournament that begins on March 17.

The good news for the state’s sports gambling fans is that “no shoes, no shirt, no service” won’t apply.  Tennessee is going to become the first state in the US to offer strictly online sports gambling.  There are a number of online gambling operators offering their products in other states, and they’re almost certainly already editing the code to make the apps Tennessee-safe in order to launch as quickly as possible.

Launching a mobile sportsbook won’t come cheap, either.  A license is going to set an operator back $750,000 a year, an amount that, so far, isn’t deterring interest.  Gaming consultancy firm Eilers and Krejcik conducted a study for the iDevelopment and Economic Association and found that, of the sportsbooks it polled, roughly 66% are still interested in landing in the state.

That could change after the first year, though, if things don’t go according to plan.  There is a proposed rule, which still has to be accepted, that would limit sportsbooks to payouts of 85%, resulting in a hold rate that is substantially higher than what is found in other states.  This could be a deterrent for continued interest in Tennessee, leading to lower revenue.

That hold could also lead to other issues.  Robert Walker, the director of sportsbook operations at US Bookmaking, believes the Tennessee Lottery might be attempting to sabotage the industry and said on Twitter, “After reading Tennessee’s insane argument for a 15 percent hold, it’s painfully clear that if your state lottery is involved in any way, it will be the absolute worst product available.  Ripe with ineptitude or corruption or both.”

There are also other considerations that might damage the local industry in the state.  The rules are calling for sportsbooks to use only official league-supplied data, which the leagues are charging for, and to pay taxes of 20% of the adjusted gross revenue each month.  With nothing to compare the market to, since Tennessee has no gambling history, it’s too early to tell whether or not the state is setting itself up for significant growth, or for imminent disaster.