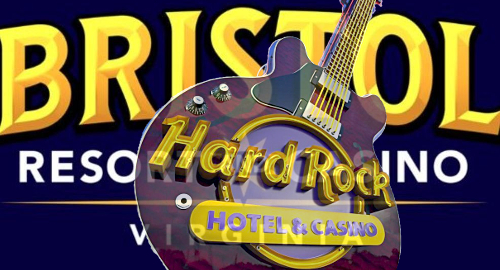 On Monday, HRI announced a partnership with Bristol Resort and Casino, a venture led by Virginia businessmen Jim McGlothlin and Clyde Stacy, which since mid-2018 has been pushing to build a gaming venue in the southwest portion of the state on the site of the shuttered Bristol Mall. The venue now plans to operate under the Hard Rock Casino Bristol moniker.

Virginia is of the few US states that have yet to authorize full-fledged commercial casino gambling within its borders, although this spring the Virginia Racing Commission allowed racetracks operated by Colonial Downs to begin offering ‘historical’ or ‘instant’ racing machines, which use virtual racing to mimic the mechanics of slot machines.

This spring also saw Virginia’s legislature approve a study bill on the potential fiscal and social impact of authorizing up to five casinos in specific cities, including Bristol. The Joint Legislative Audit and Review Committee has now issued its “appropriately conservative” findings, which show that the state could reap $262m in annual tax revenue if all five cities open casinos, assuming a 27% tax on gaming revenue.

The auditors added that this figure would be $155m higher if legislators were to authorize a sixth casino in Northern Virginia, while an additional $84m could come from okaying online gambling and a further $55m from legal sports betting. While the Bristol backers have vowed to have their casino up and running within 24 months, the auditors suggested a four-year timeline was more likely, as individual host cities would have to hold referendums and the state would need to craft regulations.

As for the potential downsides of casino authorization, the auditors say the biggest losers would be Colonial Downs’ racinos, which could take a $40m annual hit, possibly undermining the racinos’ plans to boost live racing. The state lottery would also likely see its annual revenue fall by around 3.6%. However, the auditors said the economic impact on casino host cities would be positive, albeit modest, given projections that casino jobs could offer wages below local medians.

HRI is run by Florida’s Seminole Tribe and has been on an expansionist tear of late, including its flashy new venue in its home state and a successful launch in Atlantic City. HRI is also one of two finalists for the sole casino license at Greece’s massive Hellinikon integrated resort project.

Rollout of sports gambling in Virginia may have hit a snag
Erik Gibbs
17 December 2020
.