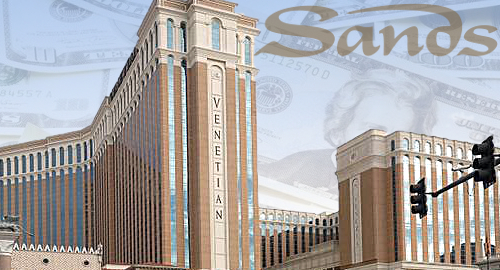 Casino giant Las Vegas Sands’ Q2 profit topped a billion dollars, but most of that sum was from the sale of its Pennsylvania casino.

On Wednesday, Sands reported revenue of $3.34b in the three months ending June 30, up less than 1% from the same period last year. But operating income was up 12% to $894m while net income spiked nearly two-thirds to $1.1b.

However, the profit figure was goosed by the sale of the Sands Bethlehem property to the Poarch Band of Creek Indians. The $1.3b deal, which was struck in March 2018 but only received regulatory approval this May, added $556m to Sands’ Q2 profit. Absent that one-off, Sands’ profit would have fallen nearly 22% year-on-year.

The Sands China operations in Macau reported revenue up 1.3% to $2.15b, while adjusted property earnings were up 2% to $765m. VIP gambling saw its share of Sands China’s profit fall two points to 7%, while mass tables gained three points to 56%.

By contrast, mass market table drop was up everywhere except Sands Cotai Central, and even there it was down only 0.5%. Base mass win per table per day was up 14.7% in Q2, while the premium mass segment was down 4.2%.

Sands President Rob Goldstein said the premium mass decline was a problem of win rate, not turnover. Goldstein also claimed Sands remained “number one” in terms of both base and premium mass, and the expansion Sands is undergoing in Macau will allow the company to “dominate base mass” for the next five years.

In Singapore, the Marina Bay Sands resort saw its revenue fall 2.4% to $688m as a 22.6% rise in VIP turnover was offset by VIP win falling below the theoretical range.

Sands supremo Sheldon Adelson was a no-show at Wednesday’s analyst call, the second straight quarter that Adelson, who is receiving treatment for non-Hodgkin’s lymphoma, has skipped. Goldstein told analysts that Adelson was “doing fine and in great spirits” and predicted that Sands’ founder would be back on the job in time for the company’s Q3 results in October.