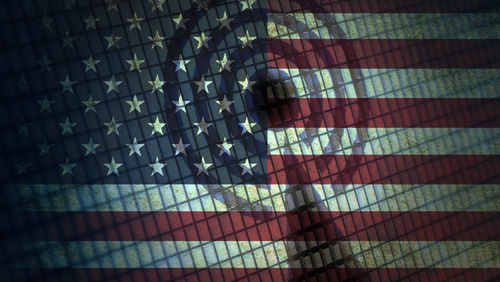 The Supreme Court of the United States is set to rule soon on two cases that will have a great impact on Fourth Amendment protections for the information stored on people’s cell phones.

The court heard two cases in late April bearing on this area of law. The first case, United States vs. Wurie, centers on whether police may search the call log of a flip-phone carried by a person who has been arrested without first obtaining a warrant. The second case, Riley vs. California, concerns whether a search of an arrested person’s smartphone is legal without first obtaining a warrant. In Riley, the Court is focusing on a narrow question, while it is looking beyond the specifics of Wurie to possibly create a new general standard for searching phones – based on a case that centers on now-outdated technology.

In Wurie, DOJ attorney Donald Verrilli Jr., in a reply brief for the government, suggested that the only people who would be protected from by requiring police to get warrants for phone searches would be violent criminals who want to wipe their phones’ data remotely. Verrilli said that the “Court should not deprive officers of an investigative tool that is increasingly important for preserving evidence of serious crimes based on purely imaginary fears that police officers will invoke their authority to review drug dealers’ ‘reading history,’ gang members’ ‘appointments with marital counselors,’ or armed robbers’ ‘apps to help smokers quit.’”

But as Electronic Frontier Foundation attorney Hanni Fakhoury pointed out to Wired, the concerns cited by Verrilli on behalf of the government are no less imaginary. “The government can point to no actual statistics that show this is a widespread problem,” says Fakhoury. “And the reality is that most people don’t even have remote wiping technology on their phone.”

Both the Washington Post and New York Times editorial boards have made the case for the Supreme Court to begin laying out privacy protections for mobile phone users by noting that the devices are essentially computers that store traces of a person’s entire life. The Times wrote that “allowing (police) to (search phones) without a warrant renders the Fourth Amendment’s guarantee against unreasonable searches and seizures meaningless.” The Post cited Volokh Conspiracy blogger and law professor Orin Kerr, who argues that the need for phone-specific rules for searches reflects the automobile-specific rules that the court had to develop when cars became an everyday feature of life in America.

How broad, exactly? Scott Lemieux, a professor of political science and blogger, summed it up well in April. Lemieux noted that “mobile phones may contain a far wider range of information–including contacts, correspondence, phone messages, GPS tracking, documents, and photographs–than items that would typically have been subject to a search incident to an arrest.” The government’s position in both Wurie and Riley is that all of this information should be available to it, without a warrant, for searches that serve no immediate public safety function. This is despite the fact that getting a warrant to search a potentially dangerous criminal’s phone and satisfying the government’s concerns about losing potentially valuable data need not be mutually exclusive.

Kerr notes that there are three potential outcomes from these cases: that the Court rules warrantless searches of cell phones are never permissible, sometimes permissible, or always permissible. The ultimate level of privacy protection would be for the Court to say “never.” “Sometimes” could be good, but given the case at hand there’s a chance that the vast storage properties of today’s smartphone technology wouldn’t be adequately addressed. “Always,” however, would be an undoubted disaster for civil liberties.

If the Court rules that police may always legally conduct warrantless searches on the cell phones carried by the people they arrest, it will essentially be saying that a smartphone is simply a container carrying a mobile phone will become tantamount to signing a waiver of your right to keep your comings and goings to yourself. The price of the convenience of instant communication will become an always-on record of your life that can be searched at any time. And the fact that the ubiquity of mobile phone technology has moved the world beyond beyond pay phones could very well mean that anyone who chooses not to be tracked will in many cases simply have to forego easy communication altogether unless they’re at home. That hardly seems like affair trade-off for law-abiding citizens to make, particularly when the government’s primary argument is that warrantless searches are easier than waiting for a warrant. Of course they’re easier – that’s why we have a Fourth Amendment to prevent them in the first place.

The Supreme Court is set to rule on both Wurie and Riley sometime in the coming weeks.

Disclosure: I’m a member of the Electronic Frontier Foundation. Sometimes I wear a t-shirt with their logo in public.