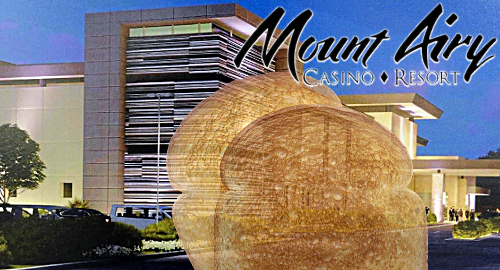 Pennsylvania gambling regulators have rejected the Mount Airy Casino Resort’s application to build a satellite casino because the company couldn’t prove it had the money to build it.

Wednesday saw the latest meeting of the Pennsylvania Gaming Control Board (PGCB) and top of the agenda was Mount Airy’s desire to build a so-called Category 4 ‘mini-casino’ near Pittsburgh in Big Beaver, Beaver County. Mount Airy bid $21.2m for the Cat 4 license at a PGCB auction in February 2018.

However, PGCB chairman David Barasch announced Wednesday that the Office of Enforcement Council had urged the PGCB to reject Mount Airy’s application due to the company finding nobody with pockets deep enough to pay for building the venue.

Barasch said despite Mount Airy “exercising reasonable efforts to attempt to secure financing for that project, they were unable to do so.” The PGCB voted unanimously to reject the company’s application, while forcing Mount Airy to forfeit $5.3m for wasting the PGCB’s time.

The gambling expansion legislation that Pennsylvania approved two years ago allowed for up to 10 Cat 4 licenses, all of which would be issued via public auctions. The first two auctions brought in $50.1m and $40.1m on winning bids by, respectively, Stadium Gaming LLP and Penn National Gaming (PNG).

But interest trailed off dramatically after that, with the fifth auction resulting in a winning bid by (again) PNG that was only $3 over the minimum required bid of $7.5m. Attempts to restart the Cat 4 auctions have gone over like a lead balloon, attracting exactly zero bids.