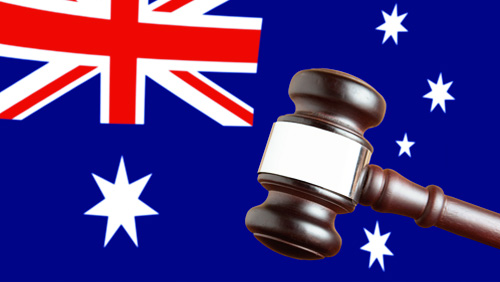 Pro poker players based in Australia had better start looking for another job.

If you fell asleep during the Q3 Amaya earnings call, you would have missed CFO, Daniel Sebag telling people how PokerStars would ‘block’ their players from accessing the real money site in Australia should Parliament give the thumbs up to proposed amendments to the Interactive Gambling Act of 2011.

As Australians were preparing to spend their weekly wage in the casinos this weekend, Minister For Communications, Mitch Fifield, was introducing the Interactive Gambling Amendment Bill 2016 into parliament.

That guy is no fun at all, and neither is Minister for Human Services, Alan Tudge, who is also backing the new bill in a bid to ‘seriously disrupt’ the activities of what he deems to be ‘illegal offshore providers’ who are targeting ‘vulnerable’ Australians.

Who Are These Vulnerable Australians?


Last year, the stats geeks at Global Betting and Gaming Consultants proved that Australia is the biggest gambling nation per capita spend with US$866 per year heading into the piggy banks of William Hill, PokerStars, et al.

If you want to run a successful gambling enterprise, then the Australian market is where you want to be hanging out.

Fifield and Tudge don’t want the gaming companies hanging out in their backyard – well, not all of them. Online sports betting is legal in Australia. The legitimacy of all other online gambling activities is open to debate and Fifield, and Tudge wants to close that debate.

The amended bill creates a crystal clear demarcation between what constitutes legal and illegal online gambling in Australia, and poker falls into the naughty boys and girls list.

The following extract is from Page 14 of the amended bill.

“Prohibited services under the IGA include online casino-style gaming services of chance or mixed skill and chance, such as blackjack, roulette and poker, which are played for money or anything else of value. Wagering and lotteries are permitted under limited circumstances.”

A quick search for the word ‘poker’ within the 78-page document produced eight results with five of them referring to ‘poker machines’ and three to the singular ‘poker’. Australians spend 50% of that per capita release on Poker Machines. Is this is another case of politicians failing to understand the true definition of the game we all love?

Do The Australian Ministers Have a Point?

Casting my beady eye through the 78-pages of complicated language, it’s evident that the Ministers in question have their hearts in the right place. They are trying to bring some order to an industry that presently appears very Westworld, and it seems to be for the sake of the ‘vulnerable’ gamblers.

One critical area of focus is the ability to make in-play bets. Rules exist to prevent in-play betting, but online gambling companies circumvent them by offering a telephone service known as “click to call.”

The new rules will make this practice illegal.

As a former gambling addict myself, I know that the creation of the in-play markets increased my betting frequency. However, taking away the right to participate in this service wouldn’t have had the desired effect. I would have just gone underground to find my fix, and this will happen if the Australian Government succeed in telling their countrymen and women how they can and cannot gamble.

Banning in-play gambling is not the way forward. Working with the online gaming companies to mitigate the likelihood of problem gambling being a ‘problem’ is the best way to provide a service the people of the world apparently desire.

And what will happen to PokerStars if Australia close their cyber doors?

Sebag stated that online poker in Australia accounts for 2.5% of their revenue, thus reducing their EBITDA by up to 150 basis points. PokerStars online sportsbook BetStars does not have a toehold in the Australian market. I see them withdrawing completely and then waiting to see how the dust settles before deciding on how best to re-enter the market as a legitimate operator as they have just done in Portugal, Romania, et al.

And what would I do if I was a professional poker player who earned most of his or her profits playing online poker?

I would find a different job.

This one is a dead end.