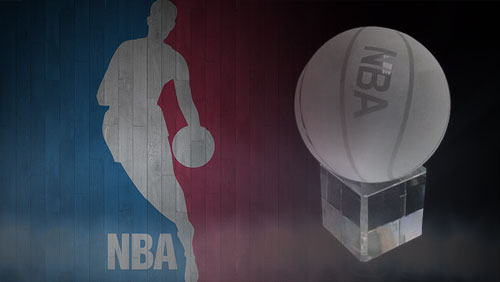 We’re counting down to the last few hours before the new NBA season tips-off. Common betting practice suggests that you lock in your futures this early when odd fluctuations are usually limited. The sheer lack of games as evidence of performance is a big part of that. A few days ago, I laid out my case for betting on some of the favorites to win the NBA title. This time, I’m diving into NBA awards, which always offers profitable returns if you judge your plays right.

A few years ago, I won on the “scoring leader” prop when I picked Carmelo Anthony in his first full season with the New York Knicks. I’m hazy on the exact odds but I do remember LeBron James, Kevin Durant, Kobe Bryant, and possibly Derrick Rose all favored over him. Maybe it was 12/1 odds or 14/1, but it was in that neighborhood. I haven’t come close to hitting futures with odds as long as that still have a pending KC to win the World Series future, though, but that doesn’t mean I’m not going to shoot for the stars again this season.

One of my favorite NBA futures bet is the MVP. It’s my favorite because I always just put LeBron James and be done with it. Granted, I didn’t win it last year but if you’ve scored four of the past six years, that’s still a batting average of .667. Not too shabby. This year, it’s LeBron’s award to lose now that reigning MVP Kevin Durant is sidelined for two months because of a foot injury. KD’s still second favorite at 3/1 odds but LeBron has become the overwhelming fave at even odds. But I’m going to mix it up a bit this year. I’m not betting on LeBron even though that’s as close to free money as it could get. Instead, I have a legitimate longshot in mind that I think, if his team stays healthy, will vault in the MVP contention later in the year. You ready?

The Brow is an incredible 30/1 to win the MVP this year. 30/1?!? It’s that high because the New Orleans Pelicans have a lot to prove this year. But if its core guys can stay healthy throughout the year and Davis turns in another monster leap, those 30/1 odds will shrink to single digits by the All-Star Break. For the record, I don’t like any of the other guys (outside LeBron and KD) ahead of Davis in the MVP odds except for one player: Steph Curry at 24/1. I might throw a little heap on Curry at those odds but I’m putting a bigger size on “the Brow” to that leap to superstardom and lead his team to a deep playoff run.

Rookie of the Year

Next up is the Rookie of the Year, which is infinitely more interesting than last year’s catastrophe when all you really had was Michael Carter-Williams and Victor Oladipo. This year, the odds are much more evenly distributed with nine players getting less than 18/1 odds. That’s parity spelled with a capital “P”.

So who’s my pick of this close bunch? Common sense says to take Parker but I’m not sure his opportunities in Milwaukee justifies the ‘favorite’ label. Remember, he’s playing in a front court that also includes Larry Sanders, Ersan Ilyasova and Giannis Antetokounmpo. He’s gonna be in the mix but I don’t think he’ll win. My pick here is Elfrid Peyton at 12/1 odds. I’m not worried about him having another rookie on the same team because I think Gordon’s still a little raw to make any impact. Payton, though, looks ready to take the reins of this team from the get-go.

Defensive Player of the Year

Now it’s time for Defensive Player of the Year, which is a little easier to predict than the two awards above because of the limited number of viable options to choose from. If you really think long and hard about it, you’ll be able to name six or seven players? Maybe eight or nine if you’re a bonafide NBA nerd?

Here’s the short-list: Reigning DPOY winner Joakim Noah is the favorite at 3/1 odds, except that he shares that billing with Los Angeles center DeAndre Jordan. At 6/1 odds you have Serge Ibaka, which could be worth an early look if he anchors the Thunder’s defense with Durant out. Outside of this three are three other players with roughly identical 9/1 odds –  LeBron James, Anthony Davis, and Dwight Howard – followed closely by Memphis’ Marc Gasol and Indiana’s Roy Hibbert at 10/1 odds apiece.

Health is obviously important in being named DPOY so this year, I’m taking the guy who already has a handful of these awards and showed during the 2013 playoffs how dominant he can still be on that end. Give me Dwight Howard at 9/1 odds and I’ll happily take it.

Sixth Man of the Year

The hardest award to predict is the Sixth Man of the Year award. It’s hard because you’re betting on a field of players whose contributions to their teams can vary from from game to game. Reigning Sixth Man of the Year Jamal Crawford is the favorite at 11/5 odds. I can understand that because his role with the Clippers is pretty much set in stone. Oklahoma City Thunder guard Reggie Jackson and Chicago Bulls forward Taj Gibson both sit at 4/1 odds, followed by San Antonio Spurs guard Manu Ginobil at 5/1 odds, New York Knicks swingman JR Smith at 13/2 odds, Cleveland Cavs guard Dion Waiters at 10/1 odds, and New Orleans Pelicans guard Tyreke Evans at 12/ odds.

Except for Crawford, Jackson and Ginobili, the other guys on that list could have their roles dramatically altered in the middle of the season. I won’t even be surprised if at least one of those guys end up not being eligible for the award because they end up spending more time as a starter than a bench guy.

With that thinking, I’m most confident in Jackson at 4/1 odds to win the Sixth Man of the Year award.

Coach of the Year

Last but certainly not least is the Coach of the Year, which is also a crapshoot in its own right given how ambiguous the qualifications are to be eligible for the award. One thing that’s clear though is that San Antonio Spurs coach Gregg Popovich is the favorite at 3/1 odds. He’s then followed by a guy who hasn’t coached a single NBA game in his life.

Then again, David Blatt (4/1 odds) has LeBron James, Kevin Love, and Kyrie Irving on his team. I think he’ll be fine. Next up on that list is Chicago Bulls coach Tom Thibodeau at 5/1 odds, followed by LA Clippers coach Doc Rivers at 7/1 odds, Phoenix Suns coach Jeff Hornacek at 8/1 odds, and Dallas Mavericks coach Rick Carlisle at 11/1 odds.

If the Cavs win the best record in the East, I don’t see any other reason why it shouldn’t go to Blatt. He’s my pick, and I’m doing it well aware of Popovich’s status as the best coach in basketball.

Rookie of the Year – Elfrid Payton

Coach of the Year – David Blatt