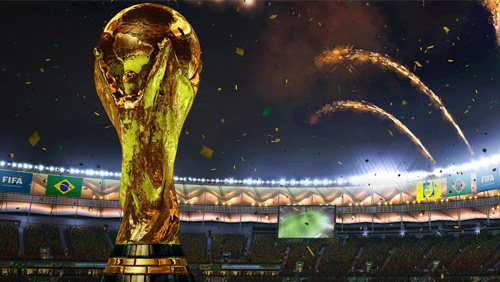 A nation’s ability to play the Beautiful Game correlates better with her willingness to set her citizens economically free than with her World Cup history or roster.

In the conventional wisdom, Big Government countries dominate soccer because the game is really athletic socialism: a dull, low-scoring, nonviolent sport everyone can play that often ends with both teams on equal terms.

Back in 2010, my analysis of each World Cup nation’s level of economic freedom provided a reliable guide to their performance that year in South Africa.

Soccer “experts” gave the United States only a modest chance of making an impact — but the Americans, then representing the seventh freest economy in the world, advanced to the knockout stage, where they lost in overtime to Ghana, which boasted the freest economy among African contenders.

Of course, it’s not only about economic freedom, or Ghana wouldn’t have topped more-free America. But the X factor might be enough to give you an edge in your office pool.

New Zealand was the 2010 World Cup’s biggest surprise. Even the most loyal Kiwis predicted nothing but humiliation for their team. Yet New Zealand, the world’s third freest economy, left South Africa undefeated.

For the 2014 World Cup, I’ve analyzed the 32 entrants according to the rankings provided by the “Economic Freedom of the World: 2013 Annual Report,” published by the Cato Institute and Canada’s Fraser Institute.

(A nation’s rank is based upon size of government, rule of law, property rights, sound currency, freedom to trade and regulatory burden.)

The month-long tournament features round-robin games between the four teams within each of the eight groups (A-H). Each group’s top two teams enter the knockout stage (“Round of 16”). An eight-team “quarter-final” stage follows, then a final-four-style “semi-final” round with the winner decided in Rio on July 13.

While I don’t have room to handicap every bracket, here are some highlights:

Group G: The United States may perform surprisingly well, despite playing in the so-called Group of Death.

The athletic Ghanaians, along with perennial soccer and economic powerhouse Germany (the sixth-freest economy in this year’s competition), and the economically fragile Portuguese (14th), who boast the world’s best player, Cristiano Ronaldo, may yet have their respective hands full.

The attack-minded American team, despite the tax-and-spend Obama administration’s best efforts, represents the fifth most economically free nation in Brazil.

Group B: In the Group of Death Lite, at least one strong entrepreneurial nation will exit in the first round. But the two survivors should go deep in the competition.

My analysis suggests successful tournaments for the economically resilient and exceptionally skillful Spanish (eighth-freest economy), who won the last Cup; the technically gifted and libertarian-minded Dutch (seventh); and Chile (third), a surprise package in qualifying who continues to tread a successful, if lonely, free-market path in South America.

Soccer experts expect little from the other Group B contender, Australia.

But the Socceroos, hailing from the second-freest economy in the tournament, may not be pushovers. Four years ago Australia only went out at the Group Stage on a tie-breaker with Ghana.

Group D: For many years, the Italian economy has struggled to get out from under the growing burden of an unaffordable welfare state. At the World Cup, Italy (18th) may simply struggle to get out of Group D.

Their stiff competition includes pro-market England (4th), which is very capable yet historically underperforming on the soccer pitch. This year, the English are exhibiting both new economic life and a bounty of young, up-and-coming stars on their national roster.

Group F is a Murderers’ Row of underperforming, government-dominated economies — which is great news for an Argentinian team that already features the mesmerizing Lionel Messi: Though Argentina is 31st in economic freedom, it’s up against Bosnia-Herzegovina (21st), Nigeria (26th) and Iran (27th).

Group E features the most economically free country in the competition, Switzerland — the below-the-radar team to watch.

In 2010, a well-drilled and organized Swiss team defeated the “unbeatable” Spanish and conceded only a single goal, to capitalist Chile, in three group matches.

Neither Honduras (15th) nor Ecuador (29th) is a match in soccer or economic terms for either the Swiss or the 1998 winner, France (11th), a perennially talented soccer nation that has begun to reform its less efficient economic ways.

What of host nation Brazil? The 25th-freest nation in the tournament should make it out of Group A — but the economic X factor suggests the conventional wisdom’s pre-tournament favorite will underperform.

A caveat: Economic freedom may be a real X factor, but don’t bet the rent money. As soccer analyst Chris Kamara once said, “Statistics are there to be broken.”

Patrick Basham is director of the Democracy Institute.

The Super Bowl Is a Bad Economic Bet