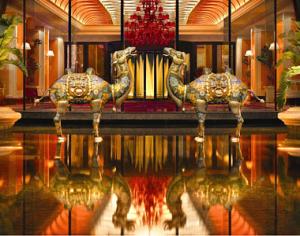 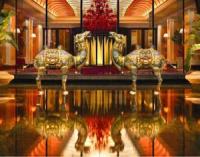 VIP revenue in Macau dropped by 1.1 percent in the third quarter as official figures showed the first drop on that side of things since Q2 2009. The Gaming Inspection and Coordination Bureau released the figures that showed revenue from VIPS down to MOP51.2billion (US$6.4bn). Analysts had predicted the drop for the past couple of weeks and in that sense this was no surprise. Thankfully the drop in the VIP market, which was triggered by China’s slowing GDP, doesn’t correlate with the blossoming mass market. Visitors on that side of the fence pushed the mass-market revenue up 26.8 percent to MOP23.4bn and with no signs of it slowing. The casinos don’t even have to deal with junkets where the mass market is involved!

The market as a whole is drowning in a sea of analyst compliments with the latest coming from Nomura and Citigroup. Macau Business reports that Nomura are projecting October has the potential to achieve anything from MOP27billion MOP28bn in gross gaming revenue – an increase of between 1 percent and 4 percent. Citigroup, meanwhile, think a 5 percent rise to MOP28bn is closer to the truth. Both estimates will give October 2012 a place in the Macau Guinness Book of Records as it will beat last year’s figure of MOP26.85bn.

A casino that operates under an SJM Holdings licence has returned 40 gaming tables to the company. Macau Business reports that investment firm Amax Holdings said that the Greek Mythology casino, in which it has a 24.8 percent stake, has returned the tables that mae up around a third of its total inventory at the casino. Amax commented that returning the tables will have a “material adverse financial impact” on the firm and it could mean a reduction in market share.