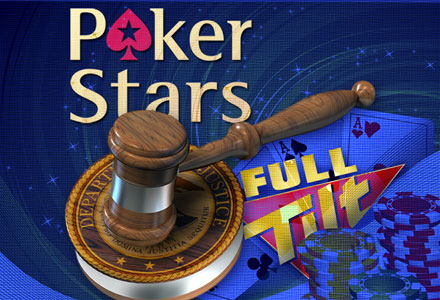 Full Tilt Poker has come to an agreement with both PokerStars and the United States Department of Justice that will see the firm acquired by Stars. Rumors had been swirling around for much of the day that a deal would be reached soon and the news was confirmed by a media release from FTP, carried by Diamond Flush. It read thus:

Full Tilt Poker is very pleased to announce the conclusion of a three-way transaction with PokerStars and the United States Department of Justice which will result in all of FTP’s US players having the opportunity to be paid. The agreement ends the company’s civil forfeiture proceedings with the U.S. Department of Justice.

Under the terms of the agreement, PokerStars will pay a substantial amount of money to the United States, and the government has agreed that all U.S. players will have an opportunity to request that they be compensated out of those funds for their losses.  In addition, within ninety days PokerStars will make available for immediate cash withdrawal or play, the account balances for all of Full Tilt Poker’s non-U.S. players.

Full Tilt Poker apologizes to all of its customers who endured a long and difficult period wondering whether this day would ever come.

Full Tilt Poker expresses its appreciation to its loyal employees whose hard work over the last 15 months preserved the value of the Full Tilt Poker assets so a deal like this could be possible, and to PokerStars and the United States Department of Justice for their efforts in bringing about this resolution.

For the privilege of taking over FTP, Stars will pay the DOJ a bounty of $547 million over the next three years. Non US players with money tied up in FTP accounts will be paid within 90 days, a sum which comes to an estimated $184m. There’s even a ray of hope for US players. The FTP release above states that US players will get the “opportunity to request that they be compensated”. The amount being set aside for US players is $150m. It still doesn’t guarantee a settlement for them but it’s a whole lot more optimistic than we’ve seen for some time.

A separate release from Stars explains that FTP will be re-launched in most markets and it will continue to be run from Dublin – with “regulatory oversight” transferred to the Isle of Man. That means that even the jobs of those working for Full Tilt’s subsidiaries in Ireland are likely to be saved.

The deal brings closure to international players that had money tied up in FTP accounts. As for the US players, getting money back from the DOJ got a bit easier. It’s still likely to take some effort to see it though.