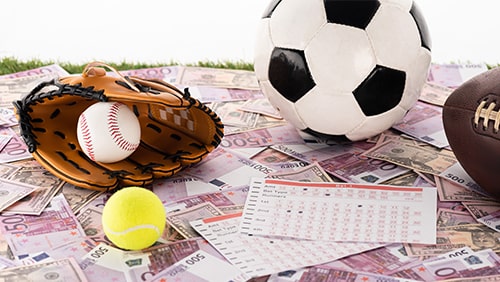 The anti-gambling stance that runs deep in the heart of Texas might be softening. There is apparently a push to get the state to approve casino gambling that has been percolating for some time, but which began to boil more quickly late last year. There are also rumors now that legal sports gambling could come to Texas, which, although not confirmed, has already created a flurry of activity. Part of that is coming from the state’s professional sports teams, which are reportedly completely supportive of the idea of legalized gambling in the Lone Star State.

The Dallas Morning News (paywall) explains that the Dallas Cowboys, the Dallas Mavericks and the Texas Rangers – the MLB team, not the law enforcement body – are all showing their support for sports gambling in Texas. They are expected to sign up to join a legislative effort backed by Representative Dan Huberty to introduce sports gambling legislation, which could potentially be approved before the end of the year.

It’s curious how quickly some people are able to change their minds on certain topics. Before the U.S. Supreme Court bashed pro sports leagues and a handful of lawmakers when it dropped the ax on PASPA, many professional sports teams were adamantly against sports gambling, arguing that it would only foster integrity issues in the game. However, with PASPA’s demise and the revelation that states are making millions of dollars from legal sports gambling activity, more leagues and teams are now rallying to see more expansion.

Despite having its name prominently featured in a gambling game (Texas Hold’em poker), Texas is not very friendly when it comes to gambling. It has repeated fought efforts to allow any type of casino or sportsbook, even though it doesn’t have a problem with lotteries. The times are changing, though, and Texas is trying to change with them; however, finding enough support for sports gambling isn’t going to be easy. The chair of the Travis County Republican Party, Matt Mackowiak, told The Dallas Morning News, “My view is that Texas is going to be one of the ten last states to allow [casino] gambling. I do think [sports gambling is] is a lighter lift, and it may be where they end up.”

It all boils down to money. Some estimates have indicated that as much as $2.5 billion could be leaving the state to be spent on sports wagers elsewhere. As is already well established, sports gamblers are going to gamble whether it’s legal or not and will find a way to place their bets. By allowing sportsbooks, Texas will be able to benefit from the tax revenue, as well as better protect consumers.

The executive VP and chief brand officer of the Dallas Cowboys, Charlotte Jones Anderson (also the daughter of team owner Jerry Jones), told the media outlet, “Unregulated and illegal sports gambling is already taking place in the State of Texas. Legalized sports betting would regulate the industry and generate hundreds of millions of dollars of new revenue for the state, which will help fund critical programs without raising taxes.” That has been the reason why sportsbooks have been approved in other states, and will likely help convince Texans to sign off on a measure in their neck of the woods, as well.