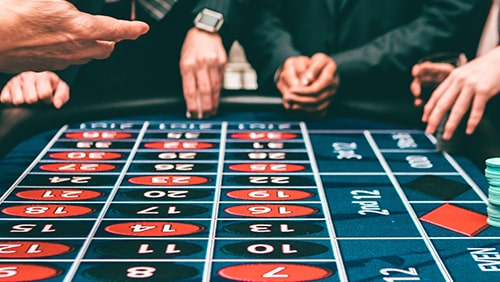 As things stand right now, Macau is set to issue new casino concessions next year. The operating licenses, technically, cannot be renewed due to the city’s gaming laws, but there has been little concern that existing operators would be at risk of losing their licenses. However, putting all of the pieces of the puzzle together, there is growing concern that China may try to exert more control over Macau and its gaming industry, which could lead to U.S. gaming operators with a presence in the city becoming unwilling pawns in the ongoing tug-of-war between China and the U.S.

City University of Macau Associate Professor Priscilla Roberts believes that the concessions might be used as a ploy by China to exert pressure on the U.S. Casino operators like Las Vegas Sands and Wynn Resorts have an entrenched position in the city with millions of dollars at stake. Roberts said during an event hosted by the France Macau Chamber of Commerce yesterday that the ongoing trade war between China and the U.S. could see China holding those concessions as a bargaining chip to get its way.

She explained in her discussion, “America´s New President: A Turning Point for U.S./China Relations?,” “I think it’s quite possible that American casinos will no longer be as welcome in Macau” after the concessions expire. The expert on U.S. foreign policy added, “There may be some pressure for the casinos to be more China operated, which may be an opening for localization, so to speak.” Roberts also believes that China could try to influence Macau in a way that would hint at its willingness to kick out U.S. gaming operators if the U.S. doesn’t bend further to its wishes.

The countdown toward the issuance of new concessions continues, with existing agreements set to expire in June of next year. However, there has already been a lot of talk that a delay in issuing new concessions might be in the cards, given that updated gambling laws have to be introduced before the agreements are discussed. Those changes might come this year, despite a new Legislative Assembly coming into Macau, but there is still more work to be done before they could be implemented.

With China launching efforts to crack down on gambling, and given its takeover of how Hong Kong is run, exerting more control over operations in Macau is not out of the question. Everyone is eager to discover what could be coming over the next 12 months for Macau’s gaming scene, but the waters are getting muddier as the tide advances.