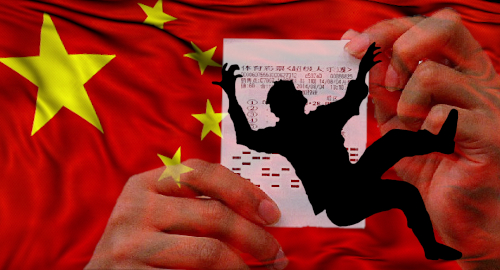 China’s lottery market posted its second consecutive year of negative growth in 2020, driven low by pandemic shutdowns and the government-ordered halt of some high-frequency products.

Figures released Monday by China’s Ministry of Finance show overall lottery sales of RMB36.5b (US$5.6b) in the month of December, a 10.8% decline from December 2019 but essentially flat from November 2020’s total. Sports lottery sales were down 4.2% to RMB21.2b while welfare lottery sales dipped 18.6% to RMB15.3b.

The 2019 decline was partly due to an unfavorable comparison with 2018, a FIFA World Cup year that helped enshrine the sports lottery’s dethroning of the welfare product’s traditional market-leading role.

The pandemic forced not only the shutdown of lottery retailers for much of last spring, but also the postponement of the 2020 UEFA European Championship. The tournament is now scheduled to kick off this June and will hopefully provide some badly needed juice to sports lottery sales.

However, 2021’s sales will face additional headwinds due to Beijing’s decision to halt sales of ‘high-frequency’ (sports) and ‘quick-opening’ (welfare) lottery products following this year’s Spring Festival holiday, which concludes on February 17.

In the shorter term, Beijing will impose its traditional moratorium on most lottery sales starting with the beginning of the Spring Festival on February 9. That suspension will last until midnight on February 18, with instant-win tickets the only product available for sale, allowing Chinese customers one last opportunity to play these games before they are permanently retired.