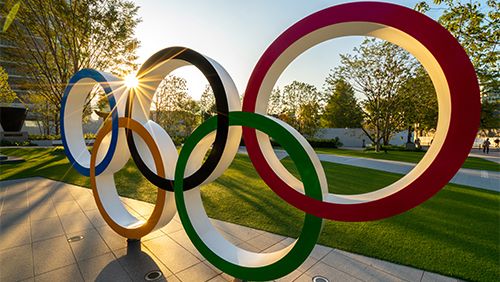 As far as the world is concerned, Tokyo is still going to host the Olympic Games this summer. They were supposed to be held in the city last year, but that was before COVID-19 turned everything upside down for everyone. The VP of the International Olympics Committee (IOC), John Coates, said a few months ago that the committee is determined to allow the games to proceed this year, but a new challenge has arisen that might force him to eat his words. The mayor of Osaka, Ichiro Matsui, doesn’t think it’s a good idea to have Japan host the games this year and wants them postponed – until 2024.

Japanese media outlet Sankei Shimbun quoted Matsui as indicating that it would be nearly impossible to have all of the necessary COVID-19 vaccines administered in time for the summer games, which could lead to another outbreak. He added, “To ensure the Olympics are a joy and celebration for all after the coronavirus pandemic, we should negotiate with the IOC to hold the event in 2024.”

There’s some legitimacy to the assertion, as the timeline for the rollout of the vaccine extends into the latter part of the year. However, apart from the pandemic issues, there could be another reason Matsui wants the games postponed three years. If Japan were to host them in 2024, it would give the country a lot of attention that year, as well as in the following year, when it is to host the World Expo. Osaka has already been selected as the location for that major event in 2025. In addition to back-to-back major international events, Osaka is optimistic that it will be selected as one of the first three locations for an integrated resort in the country, with plans to have its gambling complex launched and ready to accept guests starting in 2026. That would give Osaka three consecutive years of potentially huge revenue possibilities, with the Olympics and the World Expo providing major amounts of free publicity.

Matsui added, “Holding the Olympics in 2024 and the [Osaka/Kansai] Expo in 2025 would be a good opportunity for growth and economic revitalization after the pandemic. For Japan to lead a post-[COVID-19] world, we need to make sure the Expo and its theme of ‘Designing Future Society for Our Lives’ is a complete success.”

The mayor isn’t the only political figure to hint at another postponement. Taro Kono, a member of Japan’s cabinet, said last week that there is still uncertainty regarding the games, currently scheduled to run from July 23 to August 8, and that the decision “could go either way.” A survey conducted of Japanese citizens by Kyodo News determined that 80% of the respondents favor changing the schedule. However, according to IOC Thomas Bach, a postponement is off the table. He told the BBC last year that, if the games couldn’t be held this year, they would be canceled.